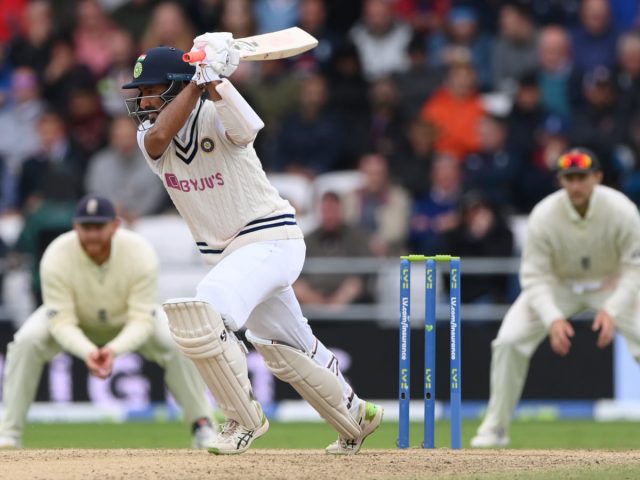 Cheteshwar Pujara was facing a lot of criticism for his form in the purest form of the game. He looked fragile in the first World Test Championship cycle and when he entered the new WTC cycle in the England series things were the same in the first Test match. As he was once again seen struggling. However, in the second innings of Lord’s Test, he batted beautifully. Meanwhile, Indian opener Rohit Sharma has opened about the current situation of Pujara in the team.

Cheteshwar Pujara had a bizarre outing in the first innings of the Headingley, Leeds Test. As he scored only 1. Meanwhile, in the second innings of the match, he scored a sensational 91* in 180 balls, to shut the critics who were asking for his replacement.

Rohit Sharma was asked about Cheteshwar Pujara in the press conference. To which the Indian opener replied that Pujara came up with an intent to score runs as that inning was not about survival.

“You are talking about a guy who has played 80-odd Test matches. I don’t think anything needs to be shown (old videos of his batting) before the game. Of course, there is a time to do all of that. But once you are playing a Test, you don’t want to get too much into details about what you are doing and what you want to. Talking about his batting, yes he definitely came with an intent to score runs. This innings of ours was never about survival. We had the intent to score runs and Pujara clearly showed that.”

Four! Banged in short and pulled away for four. @cheteshwar1 brings up a fine half-century.

This is his 30th in Test cricket.

Rohit Sharma mentioned that if a player has a good intent then the weak deliveries will always travel towards the boundary. He praised Pujara labeling him as a ‘disciplined batsman’ and saying he is a quality player.

“The way he got off the mark and then carried on from there, anything loose, he was ready to pounce on it. It shows that he had intent in his batting and that really helps. When you have that sort of intent, any loose deliveries will not be spared. With Pujara, we have seen it over the years, he is a very disciplined batsman. Yes, of late the runs haven’t come. But that doesn’t mean that the quality of Pujara has gone missing. The quality has always been there and you must have seen it today,” Rohit added.

Pujara came out with a lot of positive intent. The easier path would’ve been to back his defence and patience…the two most important pillars of his batting prowess. Backs to the wall. Pressure mounting. Pujara decided to be brave. Kudos my friend. Stay this way. Slay this way 🥳

The 34-year-old opener lauded Pujara for batting under a pressure situation. However, Rohit Sharma highlighted that Pujara’s job is not done as India needs to put more runs on the board.

“The way he batted, it was not the easiest of situations to go in and bat when you are 300 runs behind. To bat the way he batted shows the character of the individual. Somebody who has gone everywhere and scored runs. From his perspective, he batted really well. But again, the team’s job is not done yet. We have got a crucial couple of days coming up. Hopefully, he can put his head down and keep batting like he does.” 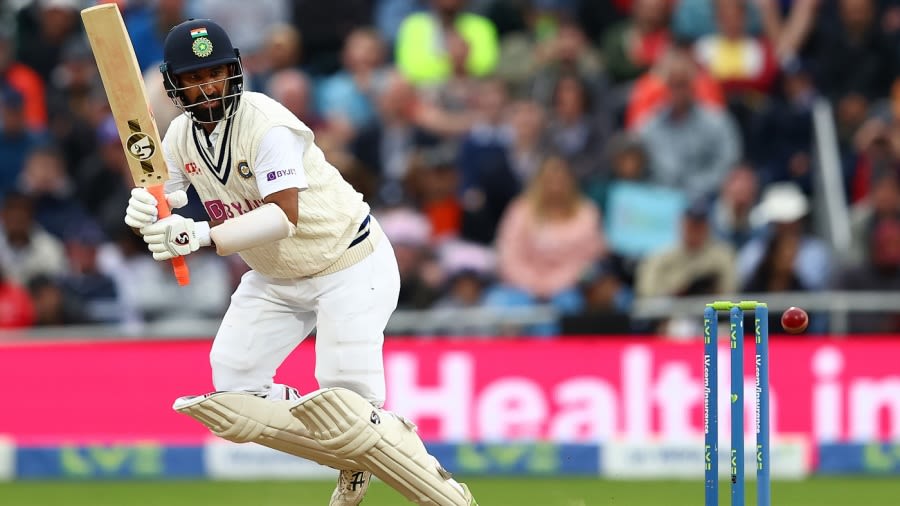 Rohit Sharma cleared the air by revealing that there have been no talks happening about Pujara’s form inside the team. As the team believes in Pujara and reckons his experience is needed in the Indian Test side.

“To be honest, there has not been any talk about Pujara’s batting. The talks are only happening outside. Not a single conversation had happened with Pujara regarding his form inside the team dressing room. We know the quality and experience that he brings to the table. When you have a guy like that, I don’t think there needs to be much of a discussion.”

Further, Rohit Sharma added that although Pujara hasn’t scored many runs recently his past achievement can’t be forgotten so easily.

“If you talk about his recent performances, yes he has not scored runs. But we saw a crucial partnership between him and Ajinkya (Rahane) at Lord’s, not to forget what he did in Australia. Those were crucial innings for us to win that historic Test series (2018-19). Sometimes we tend to forget, our memories are shortened. We need to think about what the guy has done over the years. It is not about one of two series’. It is about what he has done in his entire career,” Rohit concluded.

When the Day 3 of the third Test at Headingley, Leeds ended. Cheteshwar Pujara (91) was batting alongside Virat Kohli (45). Notably, India was at 215/2 and they trailing by 139 runs.