Cheteshwar Pujara came to bat when KL Rahul got out after having a lot of struggle against the seamers. Rohit Sharma was fighting strongly against Joe Root’s pace battery, however, he lost his wicket after a brilliant fifty. Meanwhile, Pujara who was facing a lot of heat for his poor run batted with a lot of confidence. When he came out in the middle he faced some loose balls and he utilized every bit of it. Pujara smashed quick 22 runs in just 28 balls.

Michael Vaughan reckons that Pujara is a great player and it doesn’t take a lot of time for a good player to get back his confidence. Vaughan also mentioned that Pujara was nervous when he came out to bat in India’s second innings, However, the boundary he hit early on in the innings helped him a lot.

“They gifted him (Cheteshwar Pujara) a start. He is a great player, averages 45 in Test cricket. It doesn’t take too long for really good players to get back into that belief in themselves. He would have been terribly nervous today.”

“He knows that he needs runs and before he knew, he was on 20. He played a few nice flicks through the on-side and he thought, that’s nice, that’s enjoyable. When the batting is tough and you are going out there just for survival, it’s not enjoyable,” Michael Vaughan said in BBC’s Test Match Special podcast.

“India are miles behind the game, They need to make another 139 runs to make England bat” – Michael Vaughan 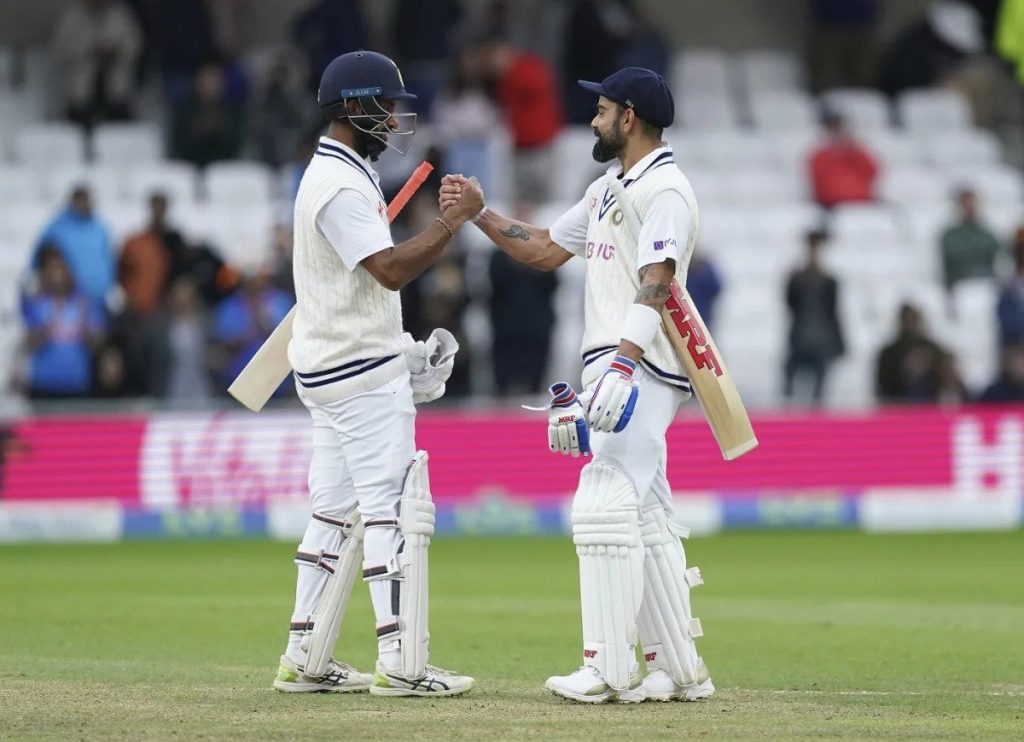 Former English captain believes that Virat Kohli and co. is still far ‘miles behind’ in the game, despite batting well on Day 3. Vaughan also highlighted that India batted without worrying about the scorecard on Day 3.

“India are miles behind the game. They need to make another 139 runs to make England bat again. But if India are still there at lunch, maybe they lose one in that opening session to the new ball. Then you start to think, probably get 80 in that session. Then that pressure actually comes on to them because they might start to think if we are 150 in front. At the minute, they are just batting with no real thought of what could happen. They are just batting,” Michael Vaughan added.

When the Day 3 of the third Test at Headingley, Leeds ended. Cheteshwar Pujara (91) was batting alongside Captain Virat Kohli (45). Notably, India was at 215/2 and they trailing by 139 runs.