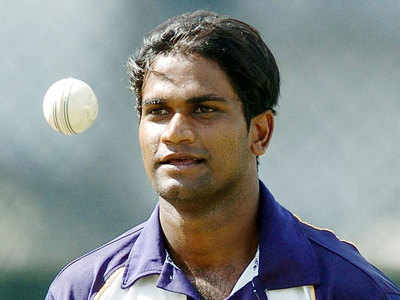 Former Sri Lanka bowler Nuwan Zoysa was banned by the International Cricket Council (ICC) for six years for breaching an ICC Anti-Corruption Code. ICC Anti-Corruption Tribunal found him guilty, and previously he received suspension before he was officially banned on October 31, 2018.

Nuwan Zoysa snapped a hat-trick off his first over of SL’s match against Zimbabwe at Harare in 1999-2000. He plucked the likes of Trevor Gripper, Murray Goodwin, and Neil Johnson. Last November, ICC found Zoysa guilty of three offenses.

ICC charged him on behalf of the Emirates Cricket Board (ECB) as he breached three codes of the ECB Anti Corruption Code for Participants while taking part in their T10 League. The proceedings are currently going on.

“In His Role As A National Coach, He Should Have Acted As A Role Model,” said Alex Marshall, ICC General Manager Of The Integrity Unit.

Article 2.1.1: “for being party to an agreement or effort to fix or contrive or otherwise influence improperly the result, progress, conduct or another aspect (s) of a match.”

Article 2.4.4 includes: “failing to disclose to the ACU full details of any approaches or invitations received to engage in corrupt conduct under the Code.”

“Nuwan played 125 matches for Sri Lanka, attending several anti-corruption sessions during a decade-long international career. In his role as a national coach, he should have acted as a role model. Instead, he became involved with a corrupter and attempted to corrupt others. Contriving to fix a game betrays the basis of sporting principles. It will not be tolerated in our sport,” said Alex Marshall, the ICC General Manager – Integrity Unit.

Apart from Sanath Jayasuriya, who was found guilty in 2019, and Jayananda Warnaweera in 2016, Zoysa became the third player to breach codes.