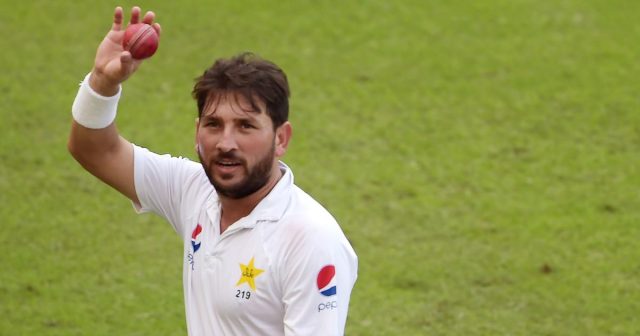 Test cricketer Yasir Shah came under the scanner and he has been booked in a case that is associated with the alleged rape of a 14-year-old girl. And, the FIR was registered on Dec 19 on the complaint of the girl’s aunt at Islamabad’s Shalimar police station as well.

Shah and his friend, Farhan, have been booked under sections 292-B and 292-C (child pornography) along with 376 (punishment for rape) of the Pakistan Penal Code. However, as per the complaint, Farhan took the mobile number of the girl, who is a matric student, when they had attended a gathering which was hosted by Yasir Shah in Lahore.

She said, “I found my niece disturbed and unwell around two or three months after returning from Lahore”. Upon asking repeatedly, the girl shared that Farhan used to make her talk to the cricketer on WhatsApp as well.

The complainant further added that the young girl was returning home from tuition when Farhan took her to a flat in F-11 by a taxi where he had raped her at the gunpoint and also filmed that as well. He even threatened her that if she told anyone about it, he will share the video on social media as well, as per the FIR.

Meanwhile, the aunt of the girl again said that Farhan also blackmailed her niece and raped her for the second time as well. Even, it also shared that when she called Yasir Shah on WhatsApp and told him about the nasty incident on September 10 or 11, he didn’t pay attention and made fun of it as well. Even, the player also proposed getting the girl married off to his friend too.

“When I threatened to lodge a complaint with police, Yasir offered to buy a flat for the girl and bear her expenses till she turned 18 if she is married with Farhan,” the aunt further shared.

Even as per the aunt of the girl, Yasir Shah has asked for a meeting with the teenage girl at his flat in Islamabad and he allegedly told the woman that everything would be resolved if the girl could impress him.