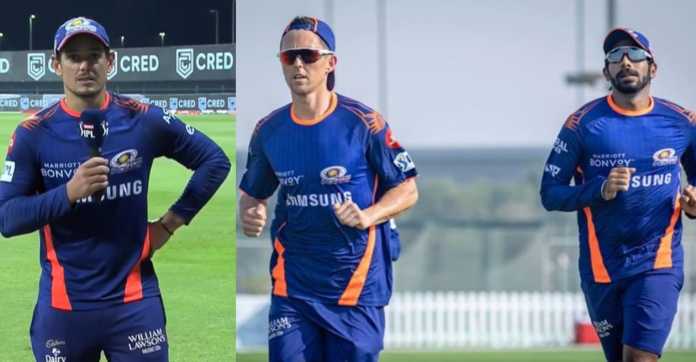 As we approach the business end of the 13th edition of the Indian Premier League (IPL), the franchises are tightening their socks in a bid for a playoff spot. Amid these, their social media is coming up with innovative ideas to engage fans. Recently, in one post, Mumbai Indians cricketer Quinton de Kock was picking the tougher bowler to face among Jasprit Bumrah and Trent Boult.

Bumrah and Boult have been right on the money ever since the tournament started. In the absence of Lasith Malinga, both of them have pulled their socks to deliver the goods for Mumbai Indians. The defending champions currently sit in the third spot after Delhi Capitals and Royal Challengers Bangalore with six wins from nine matches.

Yesterday, Quinton de Kock was involved in a fun game where he had to reveals his choices. . Mumbai Indians shared the video from their official Twitter handle. During the interaction, De Kock made a few interesting picks related to his personal choices of beverages and places. He also revealed his choices related to the games of cricket.

However, the highlight of the conversation was when Quinton de Kock was asked to pick between two of the greatest fast bowlers – Jasprit Bumrah and Trent Boult. Answering on which pacer is tougher to face in nets, De Kock chose Bumrah. Bumrah has 15 wickets to his name in PL 2020 so far while Boult has 12 scalps.

Speaking further, Quinton de Kock picked leg-spinner Rahul Chahar as tough to keep wickets over Krunal Pandya. The 27-year-old also revealed what he prefers between flying catch and lightning stumps as a wicket-keeper.