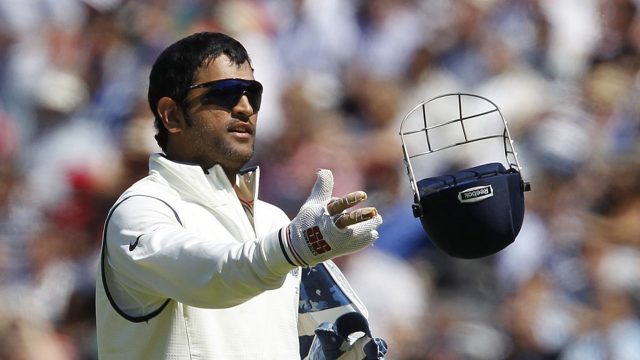 Former India captain MS Dhoni was considered one of the best in the business in his time. And, he left everyone shocked by making his Test retirement in December 2014. After captaining Team India in the 3rd Test of the series at the Melbourne Cricket Ground, he decided to hang up his boots from the longest format of the game, handing over the reign to Virat Kohli.

However, he didn’t give any hint before or after the Test match. Thus, the announcement came as a shock to everyone. Since India had to play a tri-series and then the 2015 World Cup soon after the Test series, MS Dhoni stayed in Australia at that time.

“I remember when he retired from Test cricket in 2014, I was batting with him to save the match in Melbourne. But once we lost, he simply picked up a stump and walked off saying he’s done. It was quite an emotional moment for him. Ishant Sharma, Suresh Raina, and I were sitting in his room that evening. He was still wearing his Test match jersey through the entire night and he shed a few tears as well,” Ashwin shared on his YouTube channel.

MS Dhoni appeared in 90 Test matches after making his debut way back in 2005 against Sri Lanka in Chennai. He was appointed the Test captain of Team India after Anil Kumble’s retirement in 2008. Dhoni-led India to 27 wins in 60 matches as well. He also led the country in limited-overs cricket for a decade.

However, MS Dhoni is very much active in the Indian Premier League (IPL) where he plays for Chennai Super Kings. While he has led the team to the IPL title thrice, he is looking forward to making it the fourth time as the second phase of IPL 2021 will resumes on September 19.