Rohit Sharma’s exclusion from the Indian squads for the Australia tour started evoked mixed reactions from Indian cricket fans and experts. The injury concerning his hamstring also was open to debate and discussion. Seeing so much happen around his exclusion from the Indian squads, there are reports that the Indian vice-captain has removed the Indian cricket tag from his social media handles. For now, Rohit is concentrating on winning the fifth IPL title for Mumbai Indians.

The Indian selectors announced the squads without Rohit’s name in it. He then came back in Mumbai’s last league game and claimed himself to be fully fit. BCCI boss Sourav Ganguly meanwhile, said that he will be included in the squad after his fitness is properly monitored.

Also Read: Morne Morkel To Play As a Local Player For Brisbane Heat 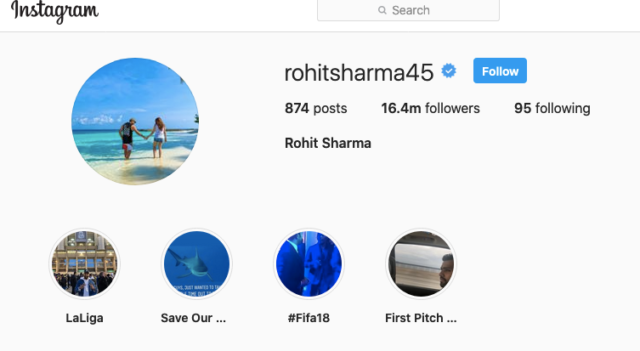 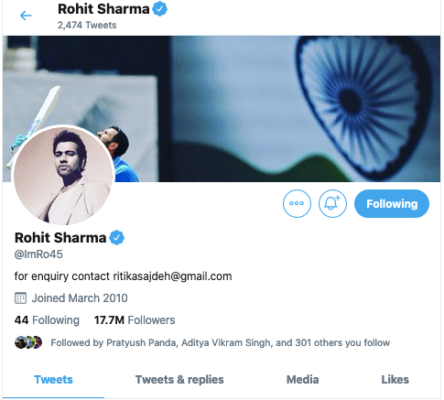 On the other hand, former Indian batsman Virender Sehwag blasted the BCCI and Indian head coach Ravi Shastri for not taking a proper stand on Rohit’s curious fitness issue.

Like Sehwag, former Indian skipper Sunil Gavaskar also demanded transparency in his case as well. He further said that Rohit’s return will only be helpful for the team given that they face Australia as their opponents.

Meanwhile, as per a Mumbai Mirror report, Rohit is not visibly happy with his exclusion from the Indian squads which is why he has removed the Indian cricketer tag from his social media handles.

Though Rohit was back for the final game giving proof of his match fitness, whether he will be included in the Indian squads or the Australia series is still unclear.

Rohit meanwhile has not said anything from his end on the entire matter. But his recent actions are perhaps proof of how he is feeling with his exclusion from the squads.