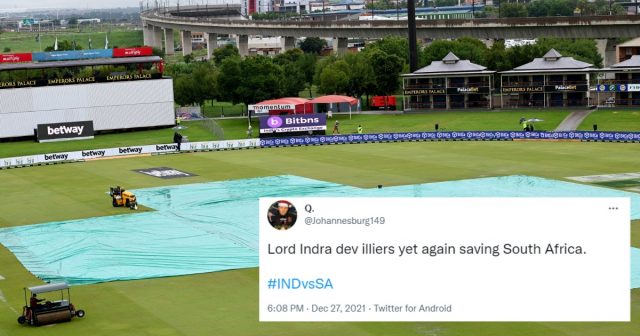 The second day’s play in the ongoing Centurion Test has been called off due to persistent rain and wet outfield preventing any play. India will resume day three on 272/3 looking to build on a good start and post a total of over 450. The weather forecast for the remaining days are a lot better and the sun is expected to shine as well. 98 overs will have to be bowled in each of the remaining three days.

The start of the second day’s play was delayed due to wet outfield. However, during the course of the day, it rained, making the conditions even worse for batting.

Unfortunately, due to the large volume of rain today at Centurion, play has been called off for the day. #SAvIND pic.twitter.com/NQ5Jbc8MlJ

Both teams will look to start afresh on day 3 with different motives in mind. While India will look to build on a good foundation, Kagiso Rabada and co would look to wrap up the batting order as soon as possible.

Well day 2 of Centurion Test between India & South Africa has been called off. Now can India try to produce a result & think of declaring somewhere around 360-400 due to rain washed away a day? They need what Pakistan does to Bangladesh in Dhaka. #SAvIND #INDvSA #INDvsSA #WTC23 pic.twitter.com/wZ5ARDZxm8

Rain hurt India's chances of a win at Trent Bridge. Now will it hurt even at Centurion ?#SAvIND

Trent Bridge, Kanpur & Centurion could very well be the deciding factor in India not reaching the #WTC23 Finals

So, rain has consumed the entire day. The good thing is that the forecast is good for the next 2 days. And also we have 98 overs scheduled for the next three days. But, the forecast for the final day isn't good. #BoxingDayTest #INDvsSA #SAvIND #CricketTwitter #Centurion

#SAvIND shit! Here we go again overseas matches and rain a never ending story Day 2 officially called off without a ball played every time India at a edge of winning match rain interrupts WTC final Nottingham and now centurion at the end of WTC each and every point will matter

Rain has forced play to be called off on Day 2 in Centurion.#WTC23 | #SAvIND pic.twitter.com/81iymNCus4

Play called off on Day 2 at Centurion. #SAvIND 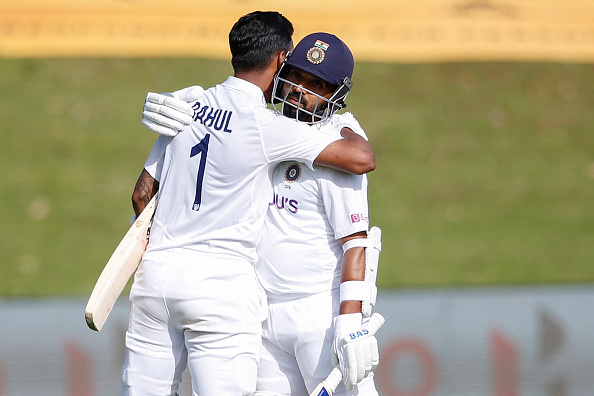 KL Rahul scored his seventh Test ton and was unbeaten on 122 at stumps on day one. With him at the other end was Ajinkya Rahane on 40. While Rahane’s inclusion was criticised he looked solid while batting out there in the middle.