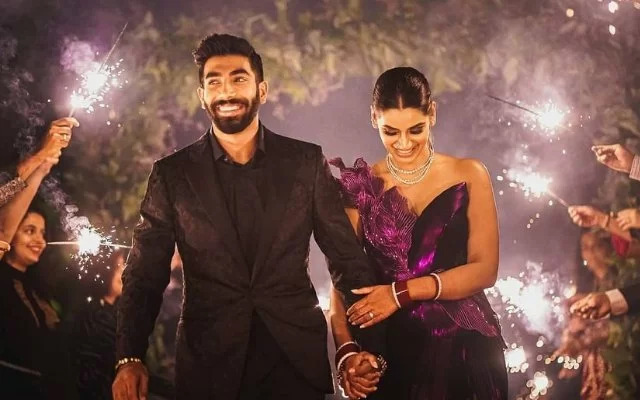 Sanjana Ganesan and husband Jasprit Bumrah checked into the Hilton at the Ageas Bowl in Southampton along with the rest of the Indian men’s and women’s teams on June 3 (Thursday). The Men’s team is scheduled to play against New Zealand in the WTC Final starting June 18 while the women’s side will lock horns with England in a one-off Test match followed by a limited overs duel.

The Board of Control for Cricket in India (BCCI) and the International Cricket Council (ICC) allowed the cricketers’ families to accompany them on the long tour of England. The team was reported to have landed in the UK on June 3rd.

The men’s and women’s team are required to undergo mandatory quarantine at the Hilton. On arrival, Bumrah posted a picture of himself standing in the balcony, overlooking the ground at Ageas Bowl. He captioned the picture, “Hello Southampton!”.

Sanjana Ganesan posts a picture of the Rose Bowl

Jasprit Bumrah and TV presenter Sanjana Ganesan tied the knot in a private ceremony in Goa on March 15. The event was attended by very few guests apart from close family members due to the restrictions laid down for the ongoing COVID-19 pandemic.

Sanjana, who has anchored IPL shows before, posted a picture of the beautiful evening sky at the Rose Bowl. The venue is set to host the final of the World Test Championship against New Zealand from June 18. 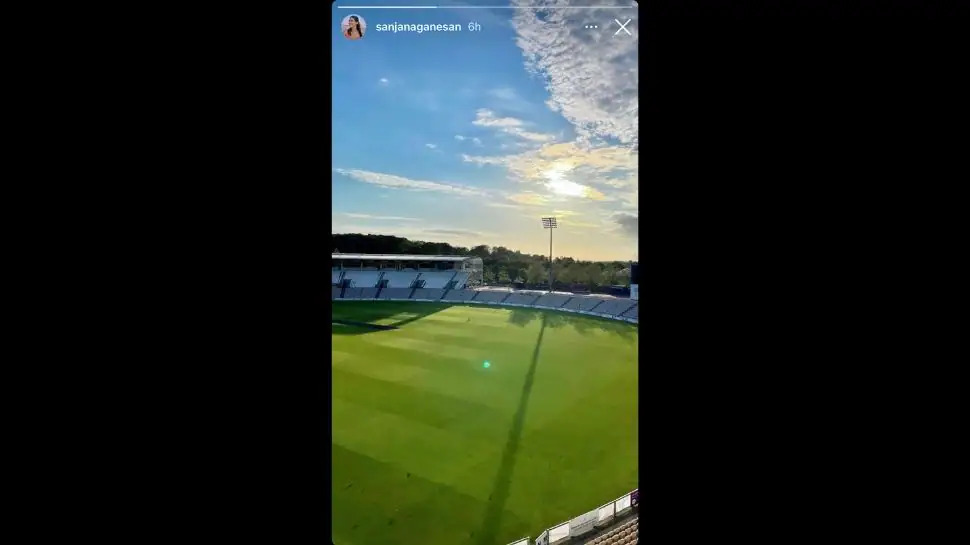 Jasprit Bumrah, who had taken a break from the bio-bubble owing to marital commitments, was last seen playing for Mumbai Indians in IPL 2021. He picked 6 wickets in 7 matches and was pivotal in helping Mumbai Indians win against Kolkata Knight Riders.

He will next be seen in action for India against New Zealand in the WTC Final (June 18), followed by a five-match Test series against England later in August. Bumrah will have to be at his best as the Asian Giants look to win the first-ever WTC trophy.