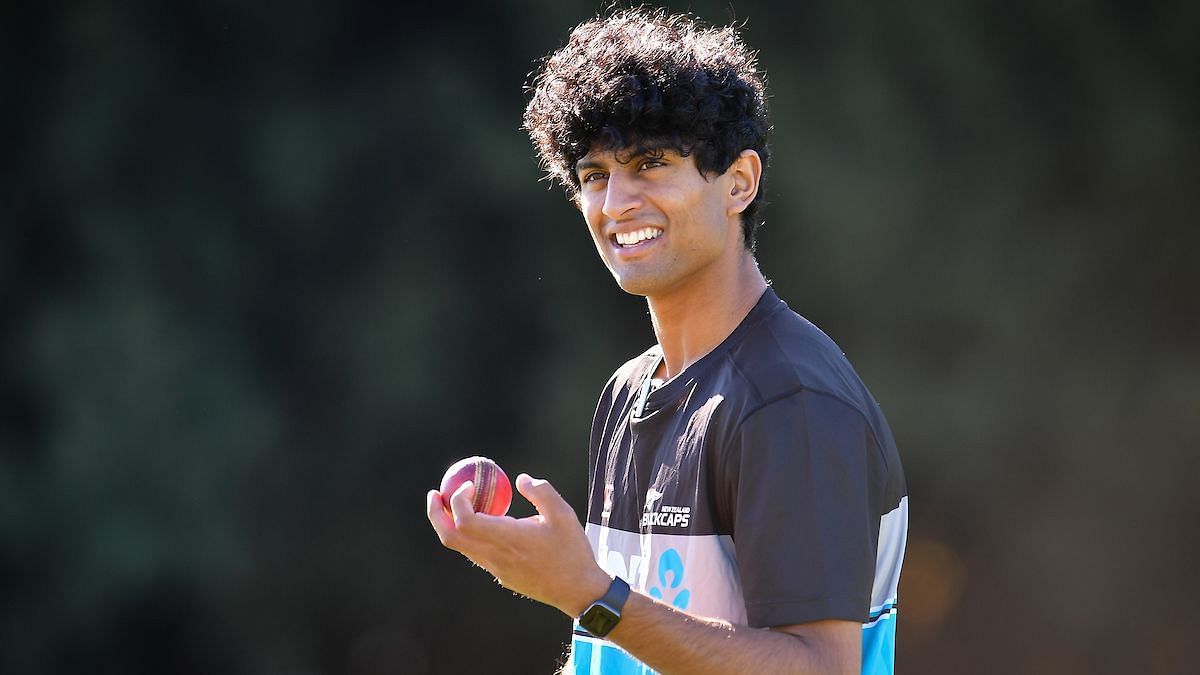 Rachin Ravindra is one of the two new faces along with Devon Conway, New Zealand have added to their Test squad for the Test series against England followed by the ICC World Test Championship final against India.

Since making his first-class debut a little over two years ago, Rachin Ravindra has been making headlines with his run-scoring spree. The top-order batter has already racked up three first-class centuries and nine fifties in 26 games.

The Indian-origin batter was slated to make an international debut last year after being highlighted as a player to watch by New Zealand’s High Performance camps. But an untimely injury where he dislocated his shoulder, delayed his arrival in international cricket.

Pinch yourself moments for 21-year-old Rachin Ravindra on his first trip to the @HomeOfCricket #ENGvNZ pic.twitter.com/3XZ5T4GFdA

With 1470 runs from 26 first-class games under his belt, the 21-year-old Rachin Ravindra is all set for a rollercoaster ride in international cricket.

1) Rachin was born to Indian parents Ravi Krishnamurthy, a software system architect from Bengaluru, and Deepa Krishnamurthy, in Wellington, New Zealand on November 18, 1999. When he was just 5 years old, he started playing plastic ball cricket with his father and has been practising with him ever since.

2) Rachin’s father, who moved his base to New Zealand in the 1990s, founded the Hutt Hawks Club in New Zealand in 2011, which allowed Rachin to travel to India every summer and play at RDT, Anantapur, Andhra Pradesh, every year since he was 13 years old.

3) Rachin’s father Ravi Krishnamurthy is good friends with Javagal Srinath. They played cricket together in Bangalore before he moved to NZ. Rachin calls him Sri Uncle and they still often chat on cricket and visit each other when in town.

4) Rachin’s name is inspired by the names of legendary cricketers Sachin Tendulkar and Rahul Dravid.

5) Rachin Ravindra, at 16 years old, was the youngest kiwi to take part in the 2016 ICC U-19 World Cup in Bangladesh. He also played the 2018 U-19 World Cup and rubbed shoulders with Team India batter Shubman Gill during India A’s tour of New Zealand in an unofficial Test back in 2019-20.