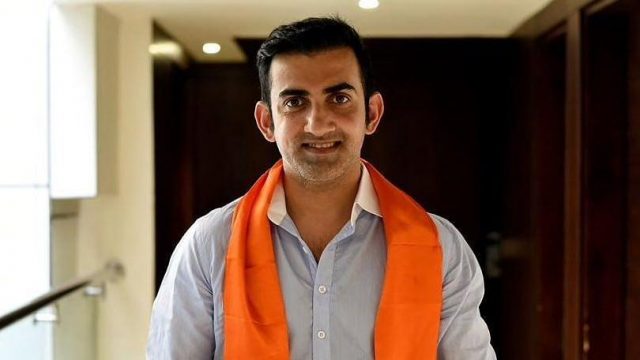 Former Indian cricketer and current BJP MP Gautam Gambhir has received death threats from ISIS Kashmir. He retired from international cricket in 2018 and joined BJP in 2019. He has received a second email after receiving his first death threat after which security has been tightened at his Delhi residence.

The second email to Gautam Gambhir was sent from the email ID “[email protected]”. The email which India Today has access to further read The second email, accessed by India Today, reads: “We intended to kill you, but you survived yesterday.“If you love the life of your family, stay away from politics and the Kashmir issue,” the email goes on to read. The email has also has a video short outside his home in Delhi.

“We Intend to Kill You”: Death Threat To Gautam Gambhir Fro ISIS Kashmir

Gautam Gambhir has already approached Delhi Police asking security for him and his family. DCP (central) Shweta Chauhan told India Today that a case has been registered in this regard based on a complaint by Gaurav Arora on behalf of Gambhir.

As per the written complaint, it is reported that the first email sent to Gambhir was on Tuesday at 9.32 pm.

The southpaw is currently working as an expert with Star Sports besides his political commitments. He shared his opinion for the first Test between India and New Zealand where he said that Ajinkya Rahane was lucky to be in the place with Virat Kohli rested from the first Test.

Gambhir previously said that Ajinkya Rahane is fortunate to lead the side in Virat Kohli’s absence. Rahane in response has said that there are no concerns over his form and he is totally focused on the Test match.

“I have no concerns about my form. My job is to think about how can I contribute to the team and contribution doesn’t mean you need to make 100 in every game. 30-40 runs or 50-60 runs in a crucial moment is a very important contribution. I always think about the team and never about myself that, ‘What lies ahead for me?’ or ‘What will happen in the future?’ I think I am very fortunate and grateful, it’s an honor for me to lead the country. So not too much bothered about what will happen. What’s there in the future will happen. My focus is to give my best in a particular moment and that’s what I am going to try” said Rahane in reply.