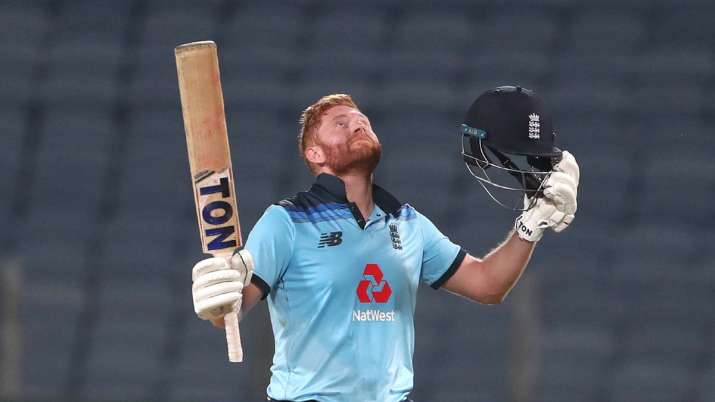 Some things are permanent in life. Death, taxes and Shoaib Akhtar making controversial statements. In the latest assertion, Shoaib Akhtar called Jonny Bairstow the most over-rated batsman of the current generation.

The English batsman is one of the deadliest players in the white-ball formats. Partnered alongside Jason Roy, Bairstow forms one of the most formidable opening partnerships of all time in the ODI’s. They’re the advocates of England’s batting revolution post 2018. Owing to their belligerent approach, the average totals set in ODI’s for England has gone up a notch.

Although Bairstow made his debut back in 2011, he only cemented his place in the England limited-overs side after a stellar 2017. He put up 534 runs at an average of 106.80 in 10 ODI’s, while keeping a strike-rate over 100. Since then, he’s been their mainstay at the top of the order.

He followed the 2017-year with an even better 2018, where he scored over a thousand runs. Overall, he averages in the high-40’s while having a strike-rate of 105.01, something that’s very rare to see.

Having won the ODI World Cup with England, he is already on his way to be one of the greats for England. Former Pakistan cricketer Shoaib Akhtar however, feels Jonny Bairstow is over-rated. When questioned on who he thinks is an over-rated batsman from the current generation, the ‘Rawalpindi Express’ said Jonny Bairstow.

The second phase of the IPL is set to start in September. It will be played in the UAE, where the T20 World Cup will also take place. Several foreign players had retracted their names in order to have some time away from the bio-bubble. Because of a packed schedule, England and Wales Cricket Board director Ashley Giles had said the English players are unlikely to take part once the IPL resumes.

“We are going to have to give some of these guys a break at some point. But the intention of giving guys a break for, say, Bangladesh, wouldn’t be for them to go and play cricket elsewhere,” he stated.

This comes as a big blow to Sunrisers Hyderabad, who will be missing the services of Jonny Bairstow. In what was turning out to be a poor IPL 2021 for SRH, Bairstow was the only shining light. David Warner being out of form was already a point of concern for the Hyderabad franchise. With Bairstow’s absence, things only look worse for the SRH outfit.