Former Indian opener Aakash Chopra is surprised by Rohit Sharma’s addition to the list of Indian players who have been ruled out from the South Africa tour. Rohit joins the likes of Ravindra Jadeja, Shubman Gill amongst others who are unavailable in the series due to injury. The test series begins with the first Test in Centurion from December 26.

“Team India Test vice-captain Rohit Sharma sustained a left hamstring injury during his training session here in Mumbai yesterday. He has been ruled out of the upcoming 3-match Test series against South Africa. Priyank Panchal will replace Rohit Sharma in the Test squad,” BCCI stated in a press release.

Aakash Chopra in his latest Youtube video spoke about how the Indian team is handicapped due to a long list of injuries before the start of the series. The Indian team is yet to win a Test series in 29 years of the team touring the rainbow nation.

“Ravindra Jadeja unavailable, Axar Patel unavailable, Rahul Chahar unavailable, you don’t have Shubman Gill and now they are saying that Rohit Sharma is also not there. I mean what is happening? Should we cancel the South Africa tour?”

Chopra further said that Rohit will be a huge miss in the series and the side will also miss his opening stands with KL Rahul. 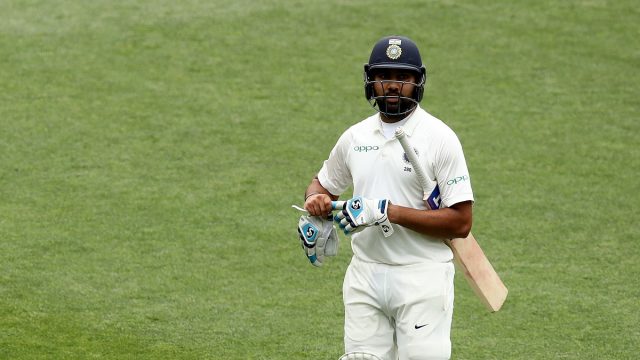 “Rohit Sharma is going to be a huge miss. If his tour is in doubt, India’s chances are looking in doubt because who was your best Test batter in 2021. Why did you do well in England – Rohit was there with Rahul. Rohit has started loving Test cricket and he is enjoying leaving or defending.”

The former Indian opener further said that Rohit’s injury has put a lot of doubts over the ideal opening combination. Rohit was rested for the New Zealand Test series where Mayank Agarwal performed but Shubman Gill did not. Thus there are concerns over a third opener apart from Rohit and Rahul.

KL Rahul and Mayank Agarwal all set to be India's opening pair in the Test series against South Africa.

“There are multi-fold problems. Shubman Gill and Mayank Agarwal had opened just now, KL Rahul was injured. I met KL Rahul recently and he said that he will be fine. You will see Mayank Agarwal opening along with him but who will be the third opener now” concluded Chopra.