Former Indian Batsman Virender Sehwag says he doesn’t agree with former cricketer Arjuna Ranatunga’s “second-string Indian team’ comment. He added that the Sri Lanka board should be thankful to India for at least sending a team.

While speaking on a chat show on Cricbuzz, Sehwag said,

“I don’t think this is a B team. In fact, the Sri Lankan cricket board must be thankful to Indian Board (BCCI) for at least sending a team. The Indian board could have said that we are not available and schedule the tour for next year.”

“At least the Sri Lankan board should say thank you for sending a team so that their players or their board gets some money. Because at the end of the day, if the Indian team refused to go, then the six matches which are scheduled won’t happen. They won’t get all the TV rights or sponsorship money,” he added.

Ranatunga was rude to call this as India’s B team: Virender Sehwag 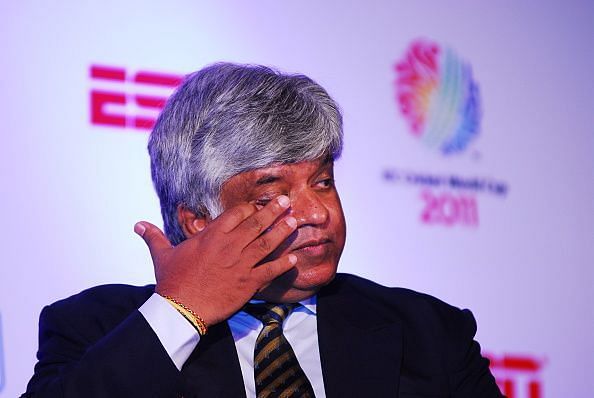 In the absence of senior players, the Indian selectors named a young squad for the Sri Lanka tour. Arjuna Ranatunga criticised the Sri Lankan board and labelled the Indian squad as India’s B team.

Virender Sehwag stated that Arjuna Ranatunga was rude to call this India’s B team. Looking at the resources and strengths, no Indian team can be referred to as a B team.

“Arjuna Ranatunga was a bit rude, he must have thought that this is India’s B team. But looking at India’s strength at the moment, any team that they send cannot be called as a B team.”

“Maybe this is because of the IPL that we have so many talented players, that gives us the luxury to play two teams. I think if this team, that Ranatunga calls India’s B team plays against the Indian Team which is in England, they can defeat them.”