Team India all-rounder Hardik Pandya received bashing on Twitter after he got out for a duck in the second ODI against Sri Lanka at the R Premadasa Stadium in Colombo. Pandya’s dismissal put the Men in Blue in dire trouble during the run chase.

Hardik Pandya who was playing as a pure batsman finally started bowling in the Sri Lanka series. However, in the first match, the Mumbai Indians all-rounder had a decent outing. Hardik bowled 5 overs and gave away 34 runs, he also picked one wicket of Isuru Udana.

Adding to it, Pandya didn’t get an opportunity to bat as the top-order finished the game before his batting came. India won the match comfortably with aggressive knocks of Ishan Kishan and Prithvi Shaw. Also, captain Shikhar Dhawan played a captaincy knock of 86 to hand over victory to India. 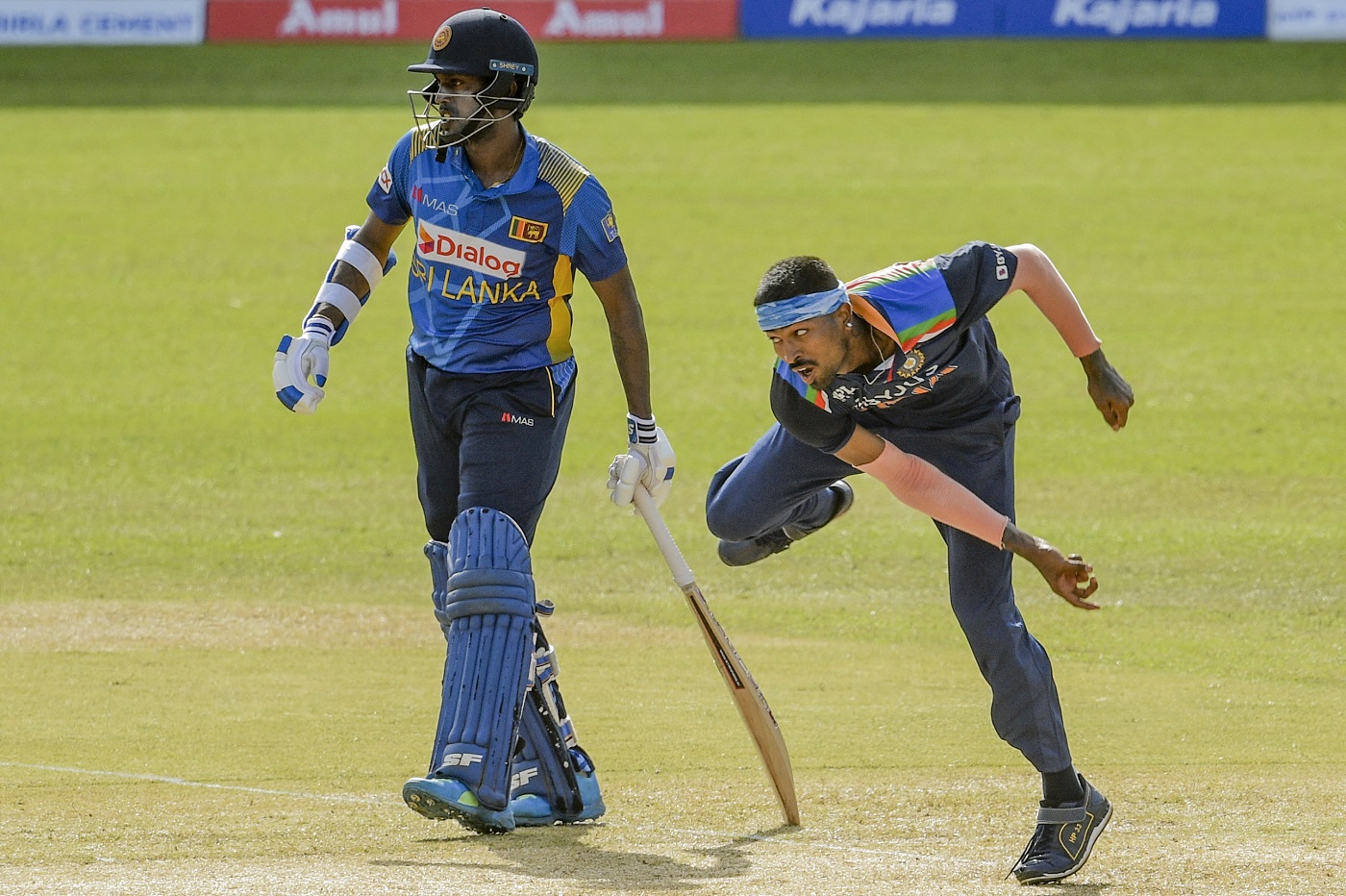 Meanwhile, in the second game, Hardik delivered 4 overs and he went wicketless by giving away 20 runs in his spell. Notably, Hardik Pandya got an opportunity to bat in the second ODI game. However, he disappointed everybody with his bad performance.

Pandya came to bat when India was in trouble and he got out on duck after facing 3 deliveries. Hardik gave his wicket away to Lankan bowler Shanaka. Hardik faced the good length ball and with hard hands, he tried to punch the forward only to find the midwicket fielder.

Soon after his dismissal, Hardik Pandya was severely criticised on social media for his poor show with the bat.

Hardik got a life on the first ball & is out for a duck on the third ball. SL are on top here. Suryakumar Yadav & Krunal Pandya partnership will be the key for India #SLvIND

Just wanna thanks Hardik Pandya for being best all rounder of all time #INDvSL pic.twitter.com/ffRFLYgLhR

Hardik will need to bring some consistency into his game. Indian cricket is beyond one off performances today. Hardik the all-rounder is off the boil. He needs to show more accountability and responsibility in the middle. #SLvsIND #cricket

Hard hands from Hardik and SL are in with a real chance of getting a good win.

Can we all laugh at hardik Pandya 🤣🤣

Not a meme but number of runs Hardik Pandya scored in this match. #INDvSL pic.twitter.com/rOt9kAWc4k

@cricbuzz@ESPNcricinfo@Sportskeeda
Part-timer Hardik Pandya overrated as allrounder even by bowling 3-4 overs only per match.Hardik has been below avg with bat too for a long time.
Ruturaj, Padikkal, Rana are also talented batsman in waiting.#HardikPartTimer#Hardik#INDvSL