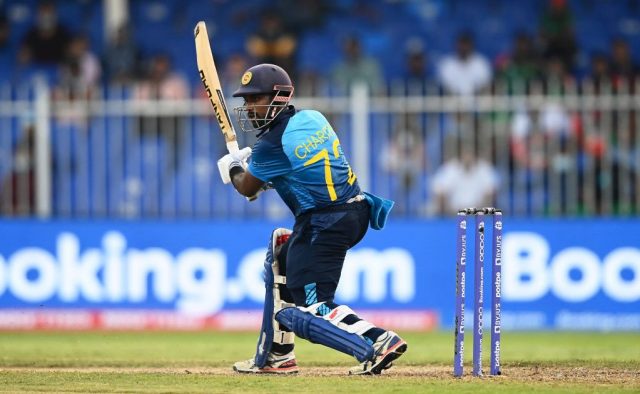 Sri Lanka have announced a 22-member squad for the upcoming two-match Test series against West Indies which starts on November 21. The Galle International Stadium will host both the games which is a part of the ICC World Test Championship.

Charith Asalanka has earned a place in the Test squad on the back of a fantastic performance in the recently concluded ICC T20 World Cup, in which he emerged as Sri Lanka’s highest run-scorer. On the other hand, Dushmantha Chameera, who had missed the previous Test series against Bangladesh due to personal commitments has made a comeback.

There have been several other call-ups to the side with Minod Bhanuka and Chamika Karunaratne also returning. Bhanuka, the top-order batter, makes a return after missing the Bangladesh Tests at home in April, while allrounder Karunaratne, who debuted against Australia two years ago, returns on the back of impressive limited-overs performances, both at home against India in July and at the T20 World Cup.

The squad also features three uncapped players: Kamil Mishara, Suminda Lakshan, and Chamika Gunasekara. The spin attack will feature Lakshan Sandakan and Lasith Embuldeniya, who is back after recovering from a thigh injury.

The squad also boasts veteran all-rounder Angelo Matthews which will be led by Dimuth Karunaratne. Notable absentees from the squad are Lahiru Thirimanne, Wanindu Hasaranga, Niroshan Dickwella, and Dasun Shanaka. Dickwella is currently serving a ban for breaching the bio-bubble in England in July this year.