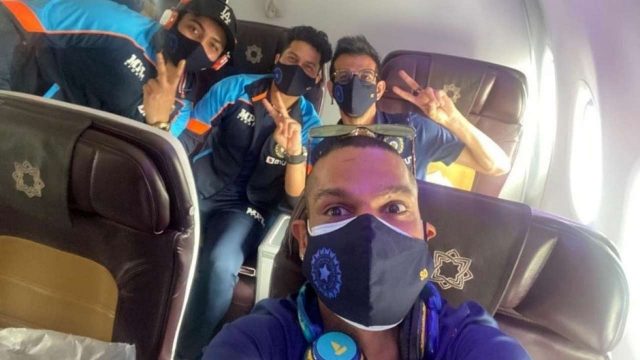 India’s second-string side reached Sri Lanka to play a limited-overs series in the Island nation on Monday. The team will be led by opening batsman Shikhar Dhawan. Rahul Dravid has been appointed as the Head coach of the side.

In the absence of India regulars Rohit Sharma, Captain Virat Kohli, the selectors have named a relatively young Indian squad such as the likes of Chetan Sakariya and Ruturaj Gaikwad for the tour of Sri Lanka. Bhuvaneshwar Kumar will be Shikhar Dhawan’s deputy on the tour. Prithvi Shaw will be making a comeback into the Indian squad.

This will be India’s final limited-overs series before the T20 World Cup. While, the skipper Shikhar Dhawan agreed that there will be serious competition for places in the squad, but the main focus will be to win the series.