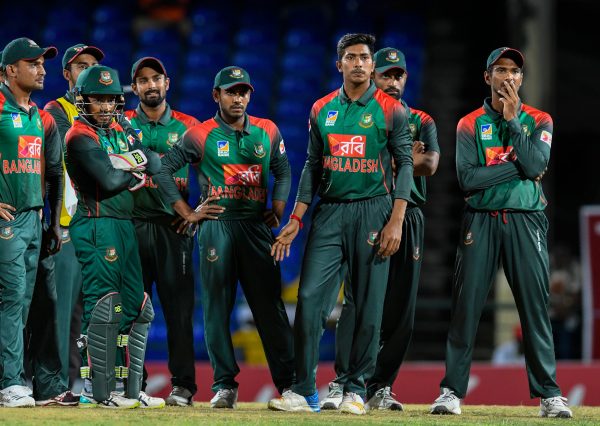 Bangladesh have announced their squad for the upcoming T20 World Cup which is all set to begin in October in Dubai. However, there was not much surprise in the squad apart from the omission of the experienced fast bowler Rubel Hossain.

He has been added to the reserves list. He wasn’t even considered whereas he featured in the squad for the home series against New Zealand. However, he has played 28 T20Is so far, last appeared in April this year in New Zealand as well.

Notably, Mahmudullah will captain the side whereas Soumya Sarkar’s poor form against Australia recently didn’t affect him as he managed to retain his spot in the absence of experienced player Tamim Iqbal, who pulled out of the mega event. He could only manage to score just 28 runs in five innings against Australia and hasn’t played against New Zealand in the first four games as well.

Meanwhile, apart from Rubel, the trio of Mosaddek Hossein, Taijul Islam, and Aminul Islam have been dropped too. However, legspinner Aminul, who has taken part in seven T20Is so far has been named as added a standby player alongside Rubel as well.

Bangladesh are placed in Group B

Bangladesh are placed in Group B along with Oman, Papua New Guinea and Scotland and will qualify for the Super 12 stage if they will secure a top-two finish in their group. They will play against Scotland in their first fixture on October 17 – the opening day of the mega event.