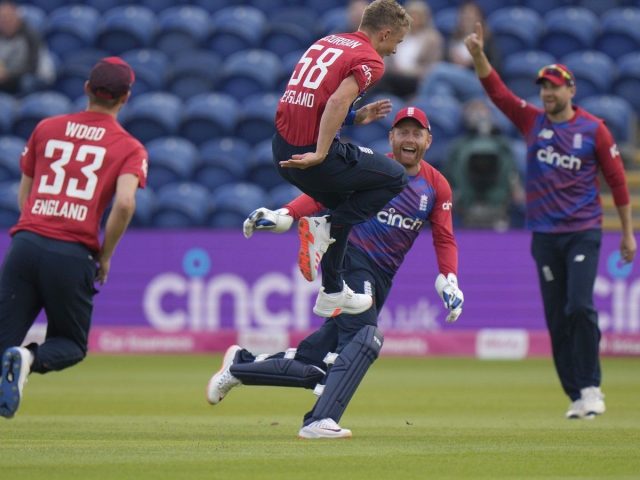 England Cricket Team have picked Tymall Mills as they announced their 15-member preliminary squad for the upcoming ICC T20 World Cup 2021, slated to commence on October 17 in the UAE and Oman. Meanwhile, ace all-rounder Ben Stokes has not been considered, who is currently on a break citing mental health.

Incidentally, Tymal Mills last played international cricket in February 2016 but has been included on the back of some excellent performances for Sussex in the T20 Blast and Southern Brave, the inaugural winners of The Hundred. However, captain Eoin Morgan had hinted that the left-arm pacer would be in running for a place in the T20 World Cup squad.

“Tymal Mills deserves his inclusion and has demonstrated over the past couple of years, but particularly this summer that he has all skills to succeed at this level,” Chris Silverwood, head coach, said. “His exceptional pace is a standout, and the way he has spearheaded Sussex and Southern Brave’s respective attacks in the short-form game has shown that he relishes the pressures of the big stage. He will add variety to our bowling unit, and we can’t wait to see him play in a major international tournament,” he added.

Despite wickets likely to be spin-friendly, England have picked just two frontline spinners in the squad in Moeen Ali and Adil Rashid. Liam Livingstone, who has been in spectacular form with the bat, is expected to take up the job of the third spinner.

Meanwhile, England will play two T20Is in Pakistan at the Rawalpindi International Stadium on 14 and 15 October and then two warm-up matches in the UAE to prepare for the tournament.