England could be dealt with a massive blow heading into the T20 World Cup later this year in the UAE. As per reports in the Daily Mail, Ben Stokes is likely to miss the tournament after skipping the IPL 2021 in the UAE. The 30-year-old will not be fulfilling the remainder of his contract with Rajasthan Royals when the IPL, which was postponed earlier this year due to the Covid-19 pandemic, resumes in the United Arab Emirates from September 19.

Stokes who is currently on an indefinite break from cricket said that he is ‘not thinking about cricket at the moment’. England are due to announce their 15-man squad for the tournament next Friday and it remains to be seen if Stokes features in it.

Not Thinking About Cricket At The Moment: Ben Stokes 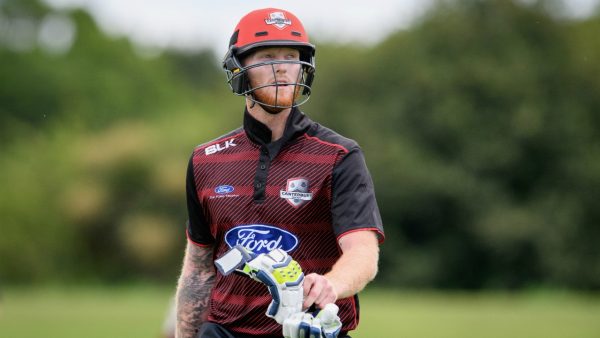 The ICC has specifically stated the boards can name a maximum of 15 players for the tournament. Meanwhile, the ECB and the England players have extended their full support towards their leading all-rounder saying that they are ready to give him all the time he needs for a strong comeback.

Stokes took a break from cricket after picking up an injury in the first half of the IPL. He then came back to lead a second-string side against Pakistan before taking an indefinite break from cricket since July 30.He is not a part of the ongoing Test series against India as well and is likely to miss the Ashes as well.

Ashley Giles, the Managing Director of England Men’s Cricket, lauded him for showing a lot of courage and opening up on his mental issues.

“Spending significant amounts of time away from family, with minimal freedoms, is extremely challenging. The cumulative effect of operating almost continuously in these environments over the last 16 months has had a major impact on everyone’s wellbeing. Ben will be given as long as he needs, and we look forward to seeing him playing cricket for England in the future,” Giles had said.