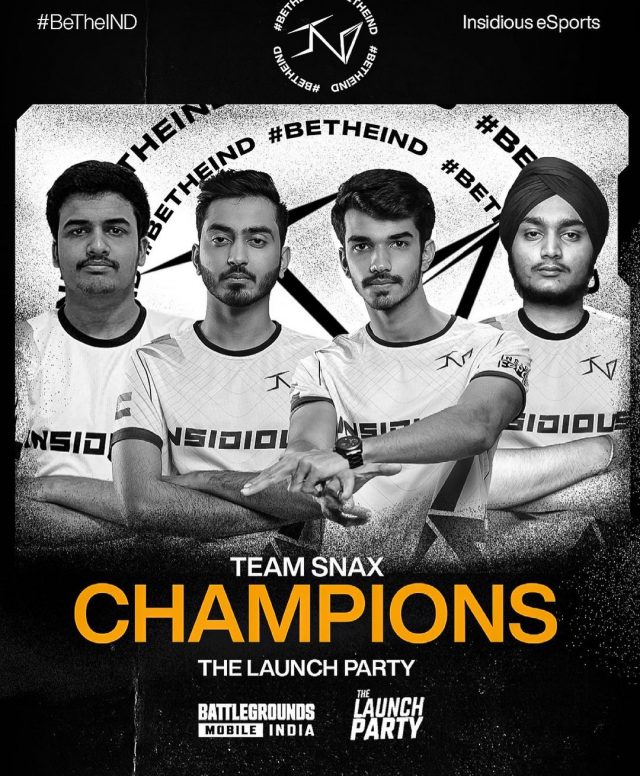 After a long wait Battlegrounds Mobile India was officially launched by the Korean Game development Giant, Krafton, in India earlier this week. As soon as the game dropped in Google Playstore, it surpassed over 10 Million plus downloads and became the top-grossing free game in the Indian Google Play charts.

Before the ban of PUBG Mobile in India, it’s esports ecosystem played a major role in developing the Indian esports scenario. With prize pools flowing in thousands of dollars, PUBG Mobile is definitely the “Undisputed King” of mobile esports. Krafton is yet to reveal the esports roadmap for Battlegrounds Mobile India in the upcoming days.

Krafton recently announced the return of BGMI with a streamer showdown called “The Launch Party”
featuring the top-tier esports players and content creators with an overall prize pool of 6 Lakh rupees or 8,000 US Dollars. 18 star-studded BGMI teams participated in this two-day-long event which concluded yesterday.

Team Snax, which was represented by the squad of Team Insidious emerged as the Champions of the first official BGMI event ” The launch party “.

Their roster consists of: