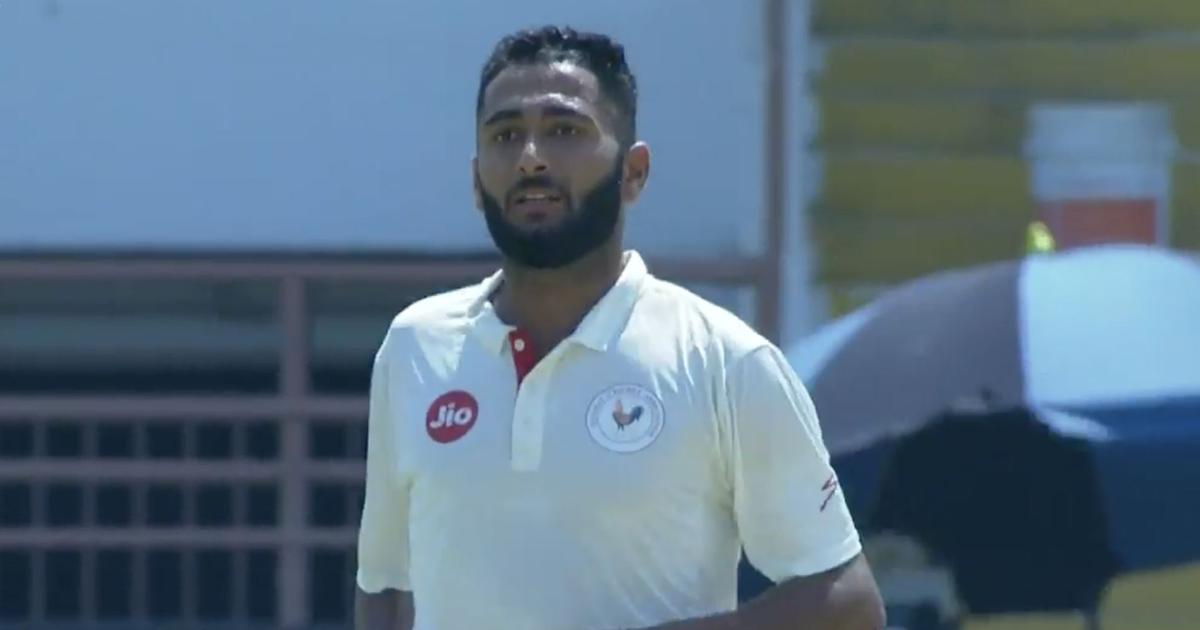 On May 7, the Board of Control for Cricket in India (BCCI) announced the 20-men Indian squad that will travel to the United Kingdom for the final of the inaugural edition of the International Cricket Council (ICC) World Test Championship. India will play a five-match Test series against England after the WTC final. The players who got added to the squad were much the anticipated names.

Arzan Nagwaswalla was named as one of the four standbys alongside Avesh Khan, Abhimanyu Easwaran, and Prasidh Krishna. However, Arzan’s selection came as a surprise to some of the cricket fans. Arzan will travel with the Men in Blue in the first week of June.

It is a big opportunity for the rookie. He would like to leave no stone unturned and make his way to the main team in near future. Arzan, who is the talk of the town now, has never met India skipper Virat Kohli and is excited to meet him.

Arzan, 23, was a part of the Indian Premier League (IPL) franchise Mumbai Indians in 2021. The title defenders roped him in as a net bowler, and thus, the player interacted with Indian legendary pacer Zaheer Khan and MI’s skipper Rohit Sharma.

“It was exciting to interact with Rohit Sharma and Zaheer Khan, who’s my idol, during my stint with MI, but I have never met Virat Kohli,” Nagwaswalla told Sportskeeda.

The first Parsi cricketer to be drafted in the India squad after 28 years, Arzan Nagwaswalla revealed that the 2011 World Cup win under the leadership of MS Dhoni inspired him to take up the sport. The pacer also shared about the conditions in England. He believes that the English pitches will help him to improve his game.

“India’s 2011 World Cup victory inspired me to take up cricket,” said Arzan Nagwaswalla. “I’m surprised and overwhelmed with my selection. The conditions in England are ideal for a bowler like me. I’m pretty excited to go there,” said Arzan.

The cricketers who are supposed to travel to the UK will assemble in Mumbai in the last week of May and will be quarantined in Mumbai.