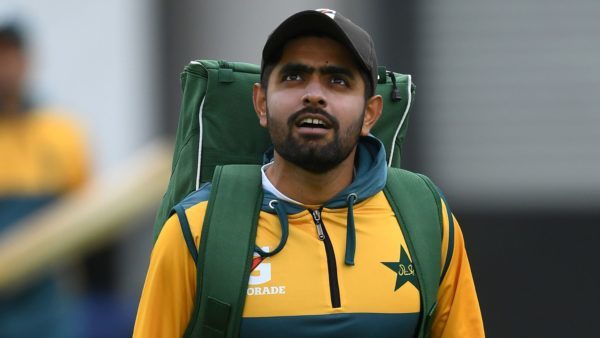 Pakistan skipper Babar Azam has clearly mentioned “there is no pressure of captaincy” on him after defeat in the third T20I against England. He denied all the reports which claim Babar is feeling pressure leading Pakistan in all three formats of the game. Further, Babar added that he doesn’t like to show off things, he loves to remain humble despite being the champion performer.

While talking to Cricket Pakistan, Babar said that he takes everything as a challenge. Also, he will definitely improve in limited-overs cricket and Test cricket. Azam stated:

“There is no pressure of captaincy on me. When I bat, I only think about my batting. During fielding and when you are outside, of course, you think about captaincy. You need to learn things. You have been given the responsibility and you cannot take the pressure and keep wondering what will happen.

“I take up everything as a challenge. My white-ball cricket is improving. I have started well in Test matches and you will definitely see me getting better.”

“I am not interested in showing off: Babar Azam

Babar further added that he doesn’t believe in showing off things. He highlighted that his parents have taught him to remain down to earth and that’s what he always does. Azam asserted:

“I am not interested in showing off. My parents and elders have taught me to remain humble and down to earth. I don’t need to show that I am Babar Azam, everybody knows who Babar Azam is. I am doing the same things I used to do earlier.”

Also, Babar mentioned that he is part selection process of the team as he is the captain. Azam said:

“My inputs are definitely there in selection. I have to lead the team so my feedback is important. My aim is to do what is best for the team.”

We could have scored few runs more at the top: Babar Azam

Meanwhile, Pakistan lost the series decider against England by three wickets on July 20 in Manchester. Notably, Mohammad Rizwan played a knock of unbeaten 76 off 57 balls. However other than him, no other batsman was able to leave an impact in the match.

Also, England won the match by 3 wickets and 2 balls remaining to win the T20I series. Talking at the post-match conference, Babar addressed that Pakistan did not get enough runs batting first. Azam said:

“We were 10-15 runs short. We wanted to fight and we did. Unfortunately, we couldn’t win. We could have scored few runs more at the top of the order. We played a few bad shots. We generally play the spinners well. There will be good days and bad days.”