The eighth edition of the WBBL saw Tahlia McGrath’s Adelaide Strikers Women lift the trophy yesterday versus Sydney Sixers Women. McGrath is already having a good year as she was part of the World Cup winning campaign, retaining the Ashes and winning the Gold medal at the Commonwealth Games in Birmingham this year. She has also been named the vice-captain for the series against India.

“This one has been a long time in the making. When you get so close so many times, you keep the same group together, you keep fighting and you finally get one. So this one is pretty special,” she added. 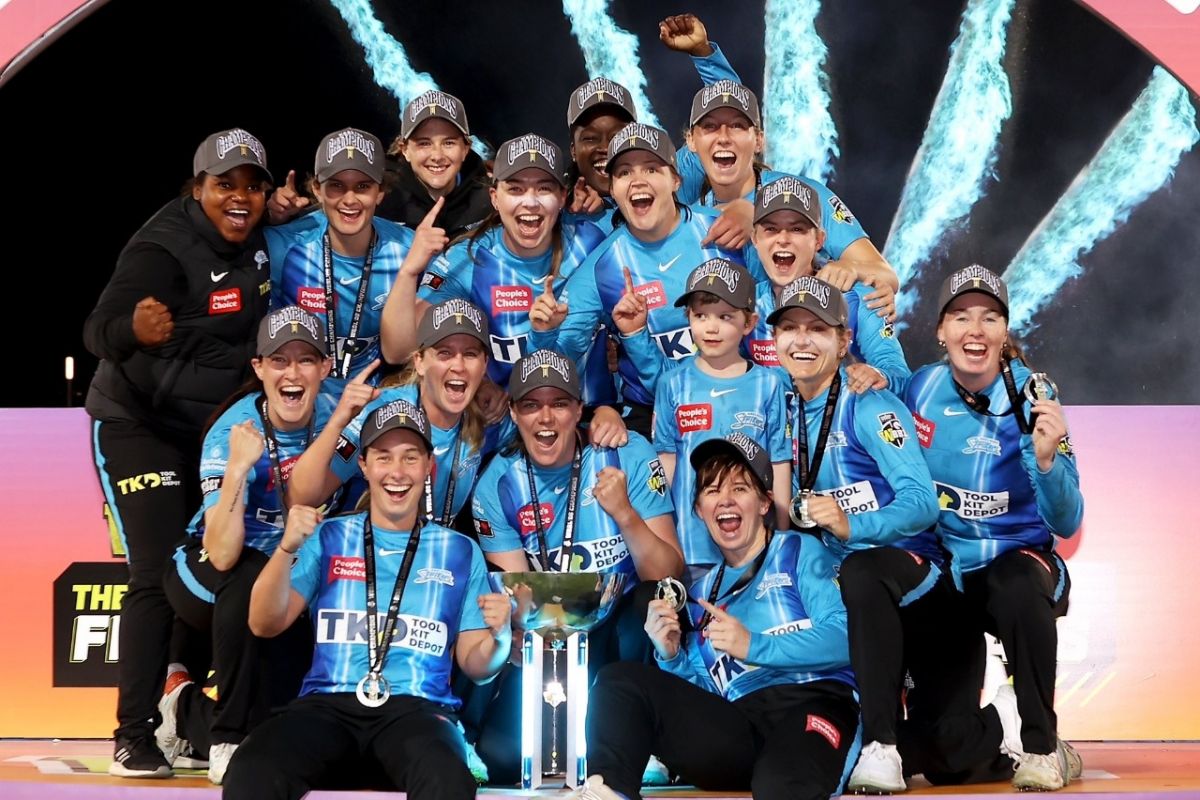 The Strikers reached the finals after defeating the Brisbane Heat Women in the Challengers to face the Sixers. The Strikers scored 147 runs in their innings courtesy of Deandra Dottin’s half-century.  Dottin also picked up the crucial scalps of Suzie Bates and Ashleigh Gardener. The team started off with a strong opening stand of 51 between Laura Wolvaardt and Katie Mack.

She also spoke about the team’s innings as she felt that the score was a bit underpar, “There was a calmness around the team today, everyone was relaxed, everyone knew what they needed to do, we didn’t get overawed by the occasion. We got off to a really good start, stumbled in the middle, then D-Dot [Dottin] was awesome at the end. We walked off thinking it was a little below par but at the same time there was enough in the wicket.”

The Sixers didn’t get off to the best of starts in the finals as their openers Alyssa Healy and Suzie Bates were dismissed cheaply by the Strikers creating pressure on the Sixers.

McGrath also spoke about the team’s fielding as not being ideal as they dropped two catches in the same over. “It’s never ideal dropping catches but, again, we just stayed calm… Our bowlers were amazing. I would back us to defend any total and once again they did the job today.”