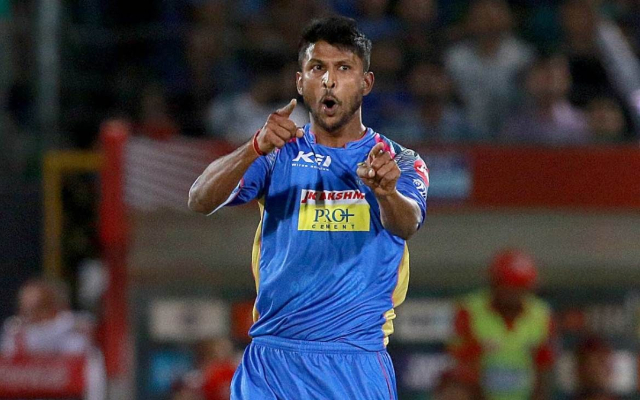 The bowling all-rounder from Karnataka became the costliest uncapped player in the history of the IPL as Chennai Super Kings laid the final bid of ₹ 9.25 crore after a heavy bidding war. Krishnappa Gowtham was previously bought by Rajasthan Royals for a whopping amount of ₹ 6.2 crores before being traded to Kings XI Punjab (Now Punjab Kings) in 2020.

Gowtham has played 24 matches in the IPL, having picked up 13 wickets at a strike rate of 31.38. Currently, the off-spinner is a net bowler with the Indian side for England’s tour of India.