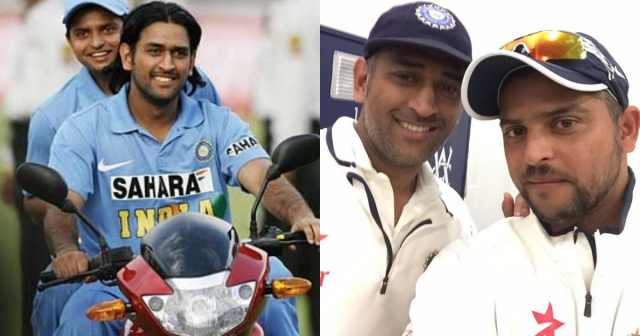 Many players have formed lasting friendships on the cricket field. MS Dhoni and Suresh Raina share one such close friendship. Dhoni and Raina are affectionately known among CSK fans as ‘Thala’ and ‘Chinna Thala,’ respectively. In Tamil, ‘Thala’ means leader while ‘Chinna Thala’ means the right hand of the leader.

Dhoni and Raina both came from humble beginnings in small towns and made a name for themselves at the highest level of cricket. Suresh Raina and MS Dhoni were not just great teammates, but also wonderful friends.

From playing together for India to representing Chennai Super Kings to announcing their international retirements on the same day, Raina and Dhoni share a great bond. When it comes to India cricket’s legendary duos, the names of Raina and Dhoni will be right at the top.

The camaraderie between them is something you don’t see very often between two top-level players.

Here we look at top 3 moments of the Dhoni-Raina duo:

#3 Partnership against Zimbabwe in 2015 World Cup

In the group stage match of 2015 ODI World Cup, India and Zimbabwe faced each other. Batting first, Zimbabwe posted a decent total of 287, thanks to Brendan Taylor’s century.

In reply, India looked in trouble as they lost 4 wickets for 92 runs. That is when the Raina-Dhoni duo took responsibility and added 196 runs to take India home.

MS Dhoni announced his sudden retirement from Test Cricket in the middle of 2014 tour to Australia. “Nobody had a clue (about Dhoni’s retirement). He came up to me and said that ‘I have an extra large (jersey). This is Double XL. Keep this.”, said Raina in an interview with Cricbuzz. Raina said that this gave him a hint that Dhoni is going to announce his retirement soon.

In the final Test of the series at Sydney, Raina was seen wearing Dhoni’s jersey. This tribute from Raina was a testament to the bond both the players shared. 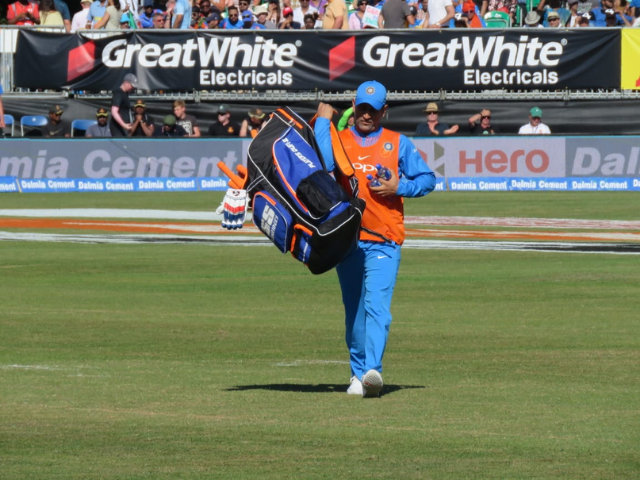 In 2018, India and Ireland faced each other in a T20I series. MS Dhoni was rested for the 2nd game. Raina revealed on Gaurav Kapur’s Podcast (22 Yarns) that he made full use of the opportunity and called Dhoni multiple times on the field.

Raina said that Dhoni brought the entire kitbag on the ground and asked him to take whatever (gloves, pads etc.) he wants. The weather in Dublin was cold and Dhoni didn’t want to come again and again on the field.

However Raina was in no mood to free Dhoni from the 12th man duties and asked him to bring a bat grip as well.

“I still said, ‘Do one thing, bring a grip as well’. And he replied: ‘Bohot bade waala hai tu, tu rukja, paani pi, mai leke aata hu.’ (You are very prankish, wait and drink water, I will bring the grip), said Raina.