The contribution of Mithali Raj to Indian cricket is immense. A 14-year-old child, who was forced to play cricket by her father, has now become the face of women cricket in the country. With sheer determination and hunger for success, Mithali has reached the top.

When she started playing cricket in the last 1990s, very few knew about the existence of women’s cricket in India. Back then, they used to travel by train to play domestic matches and got only a few thousands as match fees. However, as many say, legends are destined for success and no hardships can stop them.

Mithali Raj has worked her way in making the game popular in the country and inspiring lakhs and lakhs of young girls to take up the sport as a profession. Her consistency in scoring runs earned her all the applauds and cheers from everyone and her supreme captaincy skills had led the Indian Team to many memorable victories.

She is all-time leading run-scorer for India across all the formats. The talismanic run-scorer is also a recipient of the Arjuna Award as well as a Padmashree. The 37-year-old in a career over two decades has played many monumental knocks taking India to glory. We will revisit to take a glance at some of her memorable knocks.

Here are the top 5 international knocks by Mithali Raj: 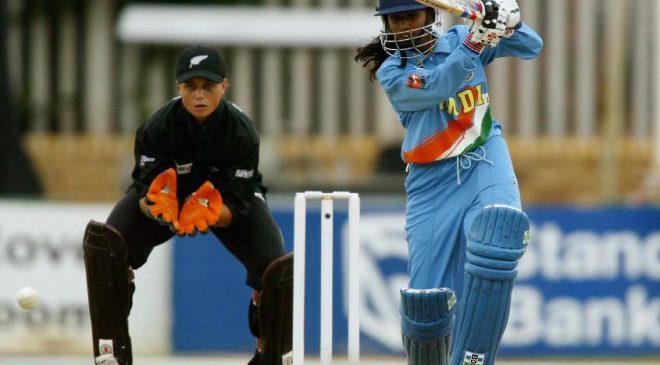 Mithali Raj had a memorable one-day debut against Ireland. Playing at the Milton Keynes, she scored an unbeaten 114 runs to leave an impression on the cricketing world. India fielded two debutants – Mithali and Reshma Gandhi to open the innings after asked to bat first.

They responded well and shared a 258-run partnership toiling with the Ireland bowlers. Chasing a mammoth totally, Ireland women were all out for 97 runs and India won the match by 161 runs.

Mithali Raj was the pick of the batsmen in the match. Only in her first match, Raj left an impression that she is here to stay. After 20 years, the women from Rajasthan is still going strong and leading India on her shoulders.