AB De Villiers announced his retirement from all forms of cricket earlier in the day. He had already taken international retirement in 2018 and this update confirms that he will no longer be a part of Royal Challengers Bangalore from the next IPLO season.

Speaking of his decision of retirement, AB de Villiers said he contemplated a long before arriving at this decision of ending the ties after 11 long years. He played 184 matches, scoring 5162 runs at an average of 39.1, including three centuries and 40 fifties.

Meanwhile, in this article, we will remember the legacy of AB De Villiers in the IPL and take a look at his top five knocks. 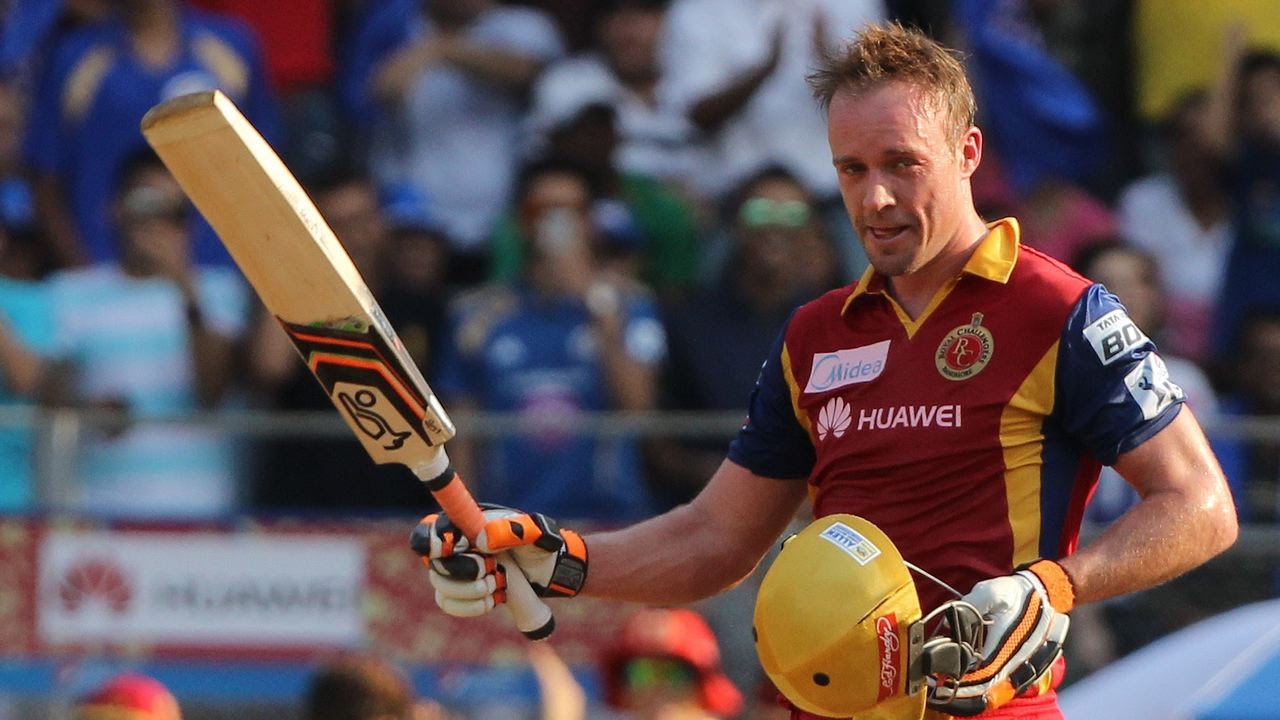 De Villiers and Virat Kohli staged a batting master class in the afternoon game on a placid Wankhede track. Both scored runs for fun and eventually, ABD ended up scoring a hundred which was the second of his IPL career. Together with Kohli, he added 215 runs as RCB ended up scoring a massive 235/1. Though he hit only four sixes, De Villiers’ strike rate ended up being 225 during that knock.

Both the batsmen took the Mumbai bowlers to the cleaners. RCB ended up winning the game 39 runs as Mumbai Indians scored 196/7 in response. 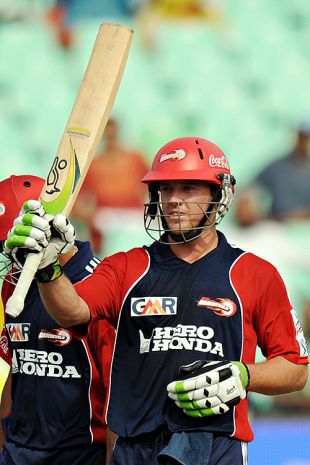 Not many batsmen in the IPL have scored a century against CSK in IPL. AB De Villiers had that record to his credit. It was the first of his three IPL tons. He went to bat in the very first over in the game and returned unbeaten on 105.

He took it easy for his first fifty runs but then went berserk. He was dropped on 79 by Albie Morkel. The Superman then took just five balls to get to his maiden IPL ton hitting Andrew Flintoff for four back to back boundaries.

Delhi Daredevils, won the game by 9 runs after posting 189 on the board. CSK made a good counter-attack but Delhi prevailed marginally in the game. Thanks to AB De Villiers.

89 not out vs Sunrisers Hyderabad, Bengaluru, 2014 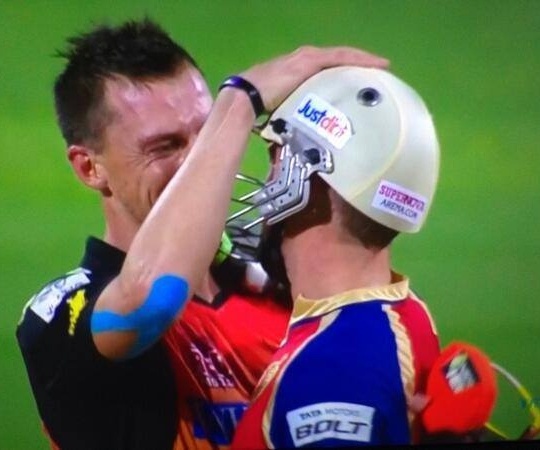 ABD came down hard on his good mate Dale Steyn with 28 required off the final two overs. Steyn went for just 16 came onto bowl the 19th over. Steyn tore him apart taking 24 off the over and made the win look just a formality.

It was another spirited performance from AB Villiers who went onto give a hug to his Protean teammate which became one of the highlights of the contest.

“He (Steyn) won the first set and I won the second. I would have loved to have a third set against him. In those kinds of situations it is the small things that matter the most. It is team spirit, such things that matter in the end” said De Villiers after he hugged Steyn. 2016 was the season when RCB made it to the finals of the tournament. It had not been possible had AB De Villiers not turned up the heat at the Chinnaswamy.

Chasing 159 to reach the final, RCB were tottering at 29/5. In came De Villiers at number three and played an unbelievable innings of an unbeaten 79 off just 47 balls. He hit 10 boundaries in that knock and played with a strike rate of 170 almost. He finished the game off with 10 balls to spare and famously sid in the post-match press-conference ” I honestly don’t give a rat’s… damn about any stat. I don’t care about hundreds, fifties, averages. Tonight was special for me.“ AB De Villiers sent the ball into the orbit at Sharjah where he scored an unbeaten 73. The most recent of his top knocks is fresh in the memory of ABD fans.

Batting first when the openers struggled to get going, AB showed his class smacking 73 off just 33 balls and in the process adding a 100-run stand in less than 8 overs.

He took a special liking to Pat Cummins and Andre Russell taking them to the cleaners and hitting them for couple of sixes each. KKR scored just 112/9 in response as RCB won the game by 82 runs.

The common factor in all of these games was an RCB win and an unbeaten ABD masterclass.