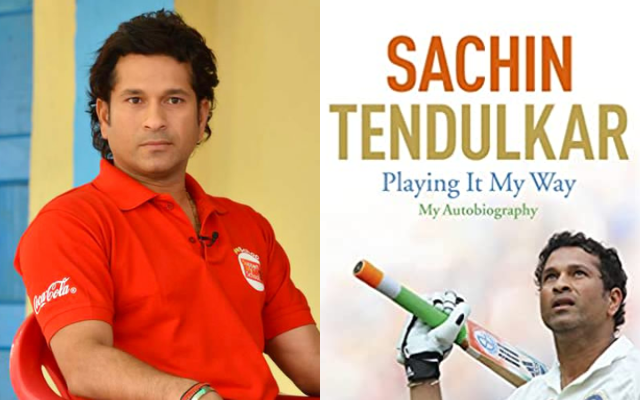 Autobiographies, especially cricketers’ ones never botch to surprise the fans and the followers. Cricketers tend to open up about several unfamiliar facts via their autobiographies, which are mostly written after retiring from the game. Although sometimes it is not just about controversies or old schisms within a team, it is about some extraordinary journeys. The journeys that can inspire and impact many.

The game of cricket cannot be about tame and extreme success and goodness of all; as it could have been or it had been, in the past. But after this vigorous amount of time passed, the game changed a lot. It requires a lot, and one has to enter the arena, being aware of every side. That is why autobiographies are important. They have to be realistic, studded with the what future has to offer with a lustrous lining of the past.

To highlight some, and to let the ardent readers and followers of the game, know, here are the top five must-read autobiographies of cricketers.

#5 Playing It My Way – Sachin Tendulkar

Sachin Tendulkar, the Indian superstar of the game, deserves to be here, at the top. Tendulkar has played international cricket for about 22 years. Certainly being a player with the most experience, Tendulkar has told a lot of tales from his days.

Being the highest run-getter in global cricket, Tendulkar had to face several challenges, probably more than any other player in the world. The former Indian cricketer has described many aspects of his journey truthfully, in the book.

And as its name, Tendulkar has lived his cricketing life, in his way. To know more about the legend’s shaping, one has to read the book as soon as possible.

‘Warnie’ was an extraordinary legend. He was different; from a group of once-in-a-generation cricketers. We barely expect a spinning personality, that too a leg-spinner, from the Oceania region. Warne went on with 708 Test wickets in his account. He knew how to spin a story and had knowledge of spinning a few.

Shane Warne, other than his on-field disputes, had to endure several concerns at the personal level too. His battle is described in catchy language via the book.

‘No Spin’ starts with the Ashes Warne retired since. We, as an audience, see a whole different story from the outside. The cricketer on the wicket experiences a diverse environment. How different that could be? To know the difference, you have to read the book.

The name ‘Controversially Yours’ suits Shoaib Akhtar’s life so far. Akhtar was one of the most passionate personnel cricket has ever had. His neat, raw pace troubled everyone out there.

Though, apart from Akhtar’s this sort of attitude, the former Pakistan cricketer had a sluggish side to his character. Akhtar, in this book, speaks about his struggles from childhood. Akhtar has described his endeavors overall and his journey against all the odds.

Akhtar often expresses his opinions openly, without any hesitation. He has been like that forever. In the book, Akhtar has discussed Tendulkar being scared of facing him, his dope test followed by a ban, his rivalries on the field, ball tampering matter, and many more concerns. To get to know these several colors of Akhtar’s life, one needs to read ‘Controversially Yours’.

#2 KP: The Autobiography by Kevin Pietersen

Kevin Pietersen, undoubtedly one of England’s most stylish batters, had a cricketing career, full of animosity. The book speaks the reality of English cricket, without any hesitation, as Pietersen would have anyway.

Pietersen’s dispute with the former England coach Andy Flower is a thing to read in this book. Pietersen describes Flower as ‘contagiously sour, infectiously dour’ and ‘The Mood Hoover.’ There’s much more in the book that has shocked many followers of the game, particularly in England.

Apart from Pietersen’s iniquitous affairs, he wrote his overall cricketing journey in a relatable way. And the book has to be a brand-new tool for any kind of reader.

#1 To the Point – Herschelle Gibbs

Herschelle Gibbs, the former South African cricketer, had a career with ups and some serious downs. Gibbs’ authenticity wins the prize in this book. He has spoken the truth across the whole book.

Gibbs has written the book with Steve Smith, which is forwarded by Gary Kirsten. Gibbs, as a subtitle of the book, writes, ‘The No-Holds-Barred Autobiography’. And as its subtitle, Gibbs has not put any limits while writing. He had an exceptional cricketing career for his side. Some ruthless innings and wild living. That is what has made him in the way.

Gibbs’ book reflects on more than a typical cricketer’s life. Without any hesitation, Gibbs has put forward the unfamiliar side of his life. To add some twists and spice, ‘To the Point’ is essential.

“It’s Funny How People Lie In Interviews Just For Some Meager...