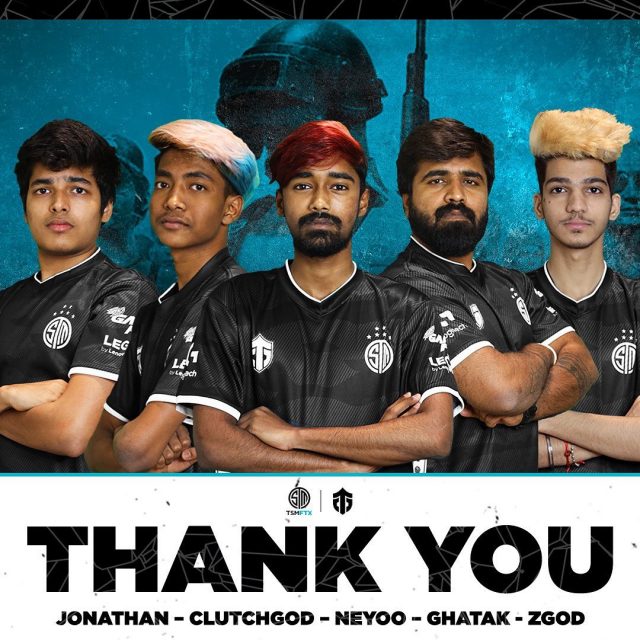 After seeing the massive growth of PUBG Mobile esports in India, many foreign esports organisations started to invest here. One such organisation was Team Solo Mid. They entered the Indian Esports scene earlier in 2020 by acquiring the PUBG Mobile lineup of Entity gaming.

After seeing the impressive performance of the team in the PUBG Mobile Pro league and PUBG Mobile World league, TSN decided to stay in India.

Yesterday, via Instagram, TSM Indian bid farewell to their PUBG Mobile roster. TSM Entity was definitely one of the most aggressive PUBG Mobile team in the world. Their star player Jonathan is well known for his aggressive gameplay and top-notch assaulting skills.

“Today we’ve agreed to mutually part ways with our original PUBGM roster, who’ve decided to pursue a new challenge. We’ll forever be grateful for what we achieved together. Good luck with your next team. We truly believe in the future of esports in India and we are here to stay. The support since we’ve arrived has been incredible and we’re excited for our future.” Said TSM India in an Instagram post.