The Indian test team is in Durham to play warm-up matches leading into the five-match test series against England. The Board of Control for Cricket in India on Friday posted a video of two newbies of Indian cricket Prasidh Krishna and Arzan Nagwaswalla. The duo spoke about the bond that they share off the field and their learnings from the tour.

“The bond that we share is quite unexpected, I didn’t know him before and he also didn’t know me quite well,” said Arzan.

Prasidh added: “The first time I saw him he was a very silent guy and I wanted to get something out of him because he never spoke to anybody at all. Then I realized, the second day, in fact, he told me ‘I am not someone who goes and talks to anybody.’ So, if he has to learn something about it I thought I should help him.”

Forging friendships 🤜🤛
Learnings from the tour 👌
Experience of working with seniors 👍

Having been with #TeamIndia on the UK tour, Arzan Nagwaswalla & @prasidh43 talk about it & much more 😎 😎 – by @RajalArora

“I think his obsession with watching sunsets is very strange for me. Every single evening the only thing he wants to do is watch a sunset.”

Arzan Nagwaswalla highlights the learnings from the senior cricketers 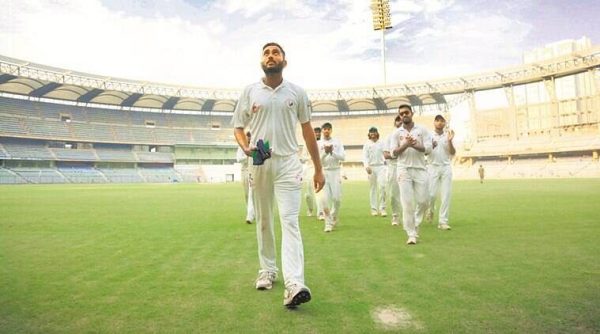 Arzan spoke about his experience playing alongside the senior players. He stated:

“The learning I got so far from the seniors is that stick to your own process and keep following it no matter whatever the situation or condition is, just be yourself. It has been a very good experience so far. I have talked to almost everybody in the team now and everyone has been so kind to me, they also know this is my first tour overseas with the Indian team.”

The five-match Test series between India and England begins from August 4, at Trent Bridge in Nottingham.