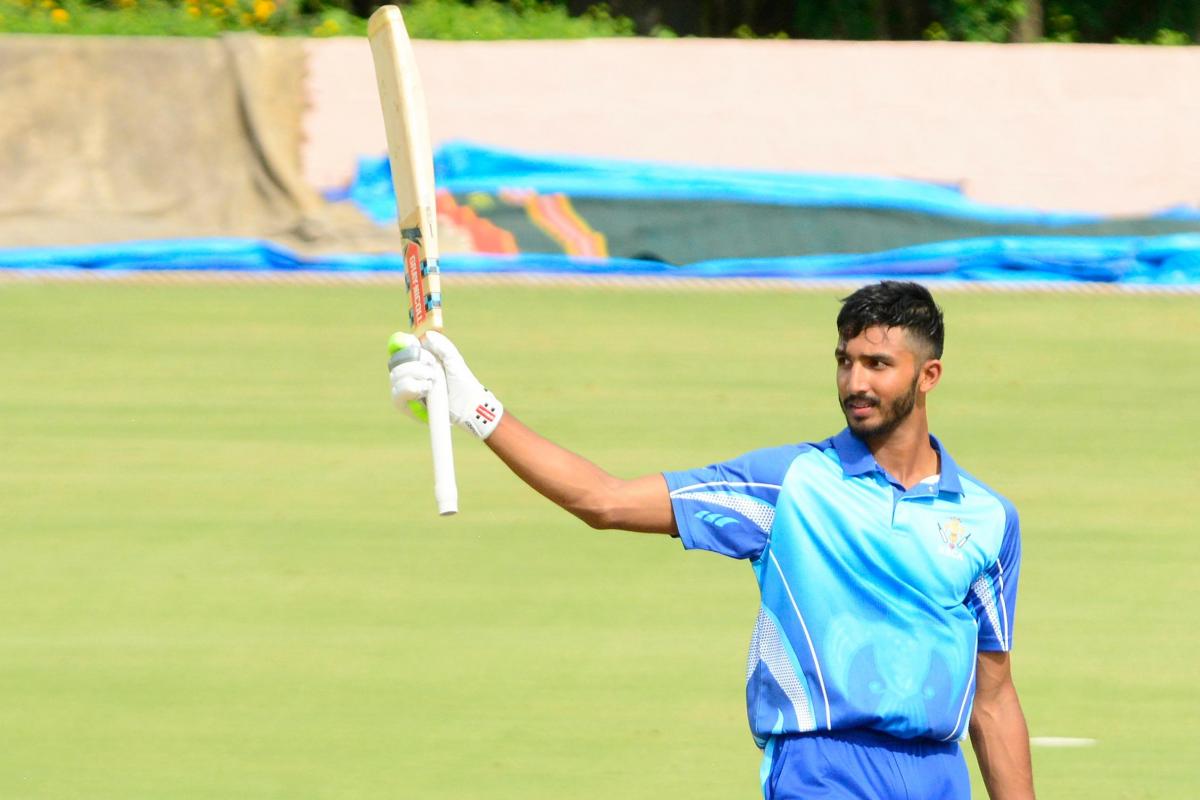 Devdutt Padikkal is in the form of his life as he smashed his 4th consecutive century in the ongoing Vijay Hazare Trophy. The elegant opening batsman from Karnataka is just batting at a different level and scoring centuries for fun. The world knew that Padikkal was going to be something very special when he was the leading run-getter for Royal Challengers Bangalore in his first-ever IPL season.

Since then Padikkal has elevated his game and is now on the verge of entering India’s ODI squad. Padikkal started the Vijay Hazare Trophy with 2 fifties after which he has only been dealing in hundreds. The left-handed batsman has now scored 4 consecutive centuries which has got everyone talking about him on Twitter.

The popular micro-blogging site was in awe of Padikkal’s batting and his ability to score centuries at will. Many on Twitter believe that the time for Padikkal to play in the blue of India has well and truly arrived. Fans on Twitter reckon that Padikkal should be included in India’s squad for the 3 match ODI series against England later this month.

The 20-year-old today in the quarter-final against Kerala scored 101 runs in 119 deliveries. He shared a memorable opening stand with skipper Samarth R who scored 192 runs in mere 158 balls. Coming back to Padikkal he contributed with 101 in the 249 runs opening partnership and his knock included 10 boundaries and 2 sixes.

As expected as soon as he completed yet another hundred, Twitter was buzzing and Devdutt Padikkal started trending in India. Now it is a matter of time before the talented young batsman receives his maiden India call-up. As far as Twitter is concerned the fans on the platform want Padikkal in India’s squad after his 4th successive century.

4⃣th consecutive 💯 for Devdutt Padikkal in the Vijay Hazare Trophy! 🤯

The King and The Prince.

4th consecutive hundred for 20-year-old Devdutt Padikkal in Vijay Hazare 2021 – 101* from 118 balls including 10 fours and 2 sixes against Kerala in the Quarter Final. He is run machine of Karnataka.

Devdutt Padikkal is the first Indian to smash four consecutive List A hundreds. He's turned it around in style at the Vijay Hazare Trophy after stop-start kinda show in the T20s. It’s the third-best run all-time, after Kumar Sangakkara and Alviro Petersen. Courtesy @SampathStats

Also Read: 3 IPL Stars Who Got Married In Last 12 Months