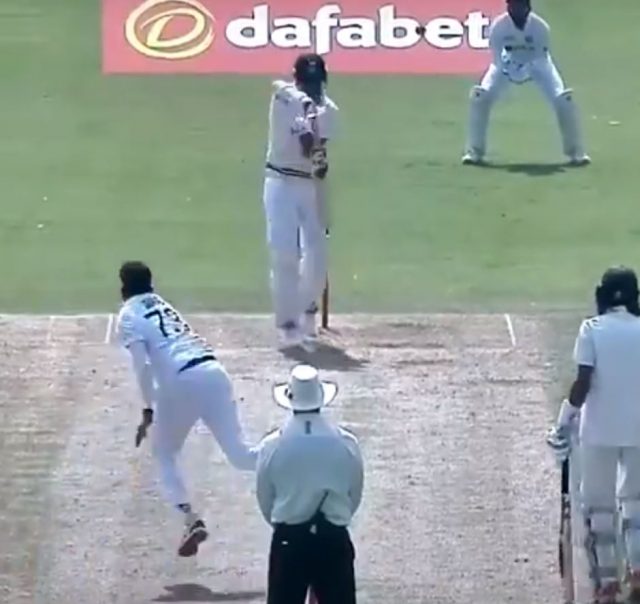 India XI played a warm-up game against County XI at Durham, ahead of 5-match Test series against England. Notably, the match between the teams ended in a draw. However, on the Day, 2 India XI had a very clear edge over the opposition unit. Also, the day saw an encounter between two young Indian cricketers.

Meanwhile, the County XI was bowled out by India XI on 220 runs which gave them 91 runs trail on day 2. During the match RCB bowler, Mohammad Siraj was seen sledging against all-rounder Washington Sundar. Siraj was seen saying something to Sundar which cameras weren’t able to record due to angle issues.

However, this incident created a fan war on Twitter. On one side Twitterati thought Siraj shouldn’t have done that it was inappropriate behavior. On the other side, people recognized it was just casual banter.

The Indian team was led by white ball vice-captain Rohit Sharma in the warm-up game. Notably, Virat Kohli was absent in the practice games due to his stiff back. Also the Test vice-captain Ajinkya Rahane was facing hamstring issues during that period. However, both the players are expected to get fit before the first match against England on August 4.

Meanwhile, warm-up matches were provided to the Indian team so that they can get friendly with English conditions before prolific clash.

Here are some tweets regarding Washington Sundar-Mohammed Siraj banter in India XI vs County XI game:

And took his wkt

Abe chomu….its just friendly banter….if u remember they play for the same team and franchise

It was a fun banter. Nothing to be triggered about.

The practice match between India XI and County XI saw KL Rahul and Ravindra Jadeja perform sensationally with the bat. Notably, Rahul scored a century before getting retired hurt. Also, Jadeja went on to score fifty in both innings. Indian pacer Umesh Yadav also performed well with the ball.

India will face off against in five-match Test series against England which will begin on 4 August 2021. Also, the series will be part of the new 2021-23 World Test Champion cycle.