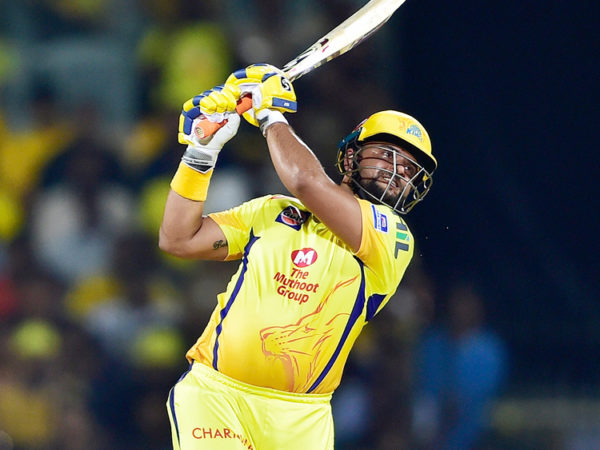 With IPL just 3 weeks away a major happening has worried and surprised all cricket enthusiasts. Veteran CSK batsman Suresh Raina has decided to skip IPL 2020 return to India owing to personal reasons. The recently retired International cricket had been preparing for the upcoming IPL seasons since the last two months and was eager to perform for his franchise.

Unfortunately, all the ‘Chinna Thala’ fans will now have to wait until the IPL 2021 as he is no longer part of the upcoming season in the UAE. The official CSK twitter account of Chennai Super Kings confirmed the news on popular social media platform Twitter.

“Suresh Raina has returned to India for personal reasons and will be unavailable for the remainder of the IPL season. Chennai Super Kings offers complete support to Suresh and his family during this time. KS Viswanathan CEO”, CSK wrote on Twitter.

Suresh Raina has returned to India for personal reasons and will be unavailable for the remainder of the IPL season. Chennai Super Kings offers complete support to Suresh and his family during this time.

Meanwhile, Suresh Raina is currently the second-highest run-scorer in IPL history only behind Virat Kohli. He has been a regular fixture in the CSK setup since the first edition of the league. Raina along with his CSK skipper MS Dhoni on 15th August had announced his retirement from international cricket.

Furthermore, CSK will now be allowed to find a replacement for Raina who will reach UAE as soon as possible. He will undergo his compulsory 6-day quarantine before he can join his team.

As soon as the news broke out Twitter was buzzing as everyone was looking forward to seeing Raina bat in the upcoming IPL seasons. Several popular commentators and analysts also had their say after Raina decided to leave IPL due to undisclosed personal reasons.

Here are all the twitter reactions after Suresh Raina decides to skip IPL 2020:

Heart goes out to @ImRaina who is having to miss out on the #Dream11IPL for personal reasons. Having spoken to him recently on @cricbuzz, I know how desperate he was to do well. Huge blow to @ChennaiIPL. They have the resources to recover but then Raina and CSK are so intertwined

Unless you can confirm what the ‘personal’ reasons are, it’s damn unprofessional to speculate. Don’t try joining the dots that might not exist. Thoughts and prayers with Raina and family….and it won’t be a bad idea to respect someone’s privacy for once. 🙏

BREAKING NEWS: Suresh Raina @ImRaina could be the first one to pull out of this @IPL but certainly not the last. I hope the so-called bio-secure bubble becomes more more secure now #IPL2020Updates

The fact that @ImRaina has pulled out of the @IPL has yet again drawn attention to issues these players will face in the bio bubble. Will be very challenging. They need to be given every support possible.

#BREAKING : #CSK 's #SureshRaina has returned to India for personal reasons and will be unavailable for #IPL2020

Big blow to @ChennaiIPL but I wish and pray for my friend @ImRaina who pulled out from the upcoming ipl for personal reasons.

Good wishes to you and the family . You will be missed @ImRaina https://t.co/b49WA2Gafw

Another blow for #CSK, huge one in fact, as star player @ImRaina pulls out of IPL for ‘personal reasons’

Just in – #SureshRaina part of #CSK has come back to #India from #Dubai for “personal reasons” and will miss the rest of IPL season.

Watching someone else batting at no.3 will hurt badly! 😔@ImRaina I hope everything will be fine..! #SureshRaina pic.twitter.com/OYP5EPaQ03

#RAINA is a champion player and #CSK will miss him terribly. Wishing and praying for #sureshraina and I am sure he will make a stronger comeback 🙏

IPL without Raina is just like Festival without joy…
We will miss Mr IPL 😣#SureshRaina pic.twitter.com/WUJC2TlFvV