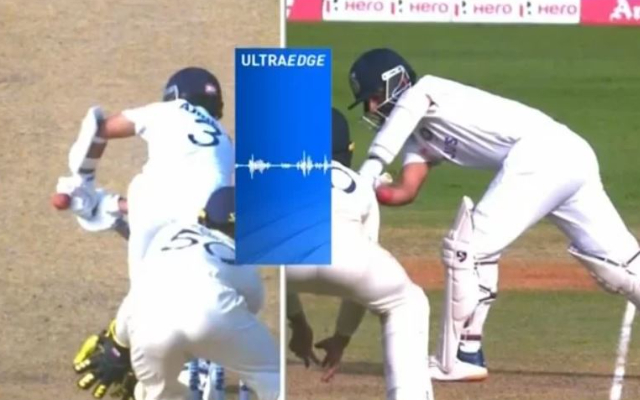 The umpiring standards in the COVID-19 era have been questionable given that home umpires have come into play instead of neutral umpires in the Test format. During India’s tour of Australia, Tim Paine had talked about the lack of consistency in the umpiring decisions throughout the series.

Now during England’s tour of India, we witnessed an absolute howler made by third umpire Anil Chaudhary during the 1st day of the 2nd Test at Chennai. It happened during the 74th over of the Indian innings when Rahane gloved one straight to short leg. However, the on-field umpire ruled out the decision not out but England believed they’ve had their man and ended up reviewing the appeal.

In the aftermath, 3rd umpire Anil Chaudhary decided to stick to the on-field without investigating any deeper resulting in ruling Ajinkya Rahane not out. This decision miffed Twitterati as it took the social media platform by a storm. While Rahane didn’t last long as he was dismissed by Moeen Ali in the next over after scoring a stellar knock of 67 runs off 149 deliveries.

When it comes to umpiring in the longest format, the home umpires have been inexperienced, in the ongoing Test between India and England, Onfield umpire Virender Sharma is standing in his first Test, Nitin Menon in his fourth while 3rd Umpire Anil Chaudhary in his second.

Post Rahane’s dismissal, Ravichandran Ashwin too lost his wicket a few overs later as India finished at 300/6 at Stumps on Day 1 with Rishabh Pant and Axar Patel at the crease.

Let’s take a look at some of the Twitter reactions:

India should be 5 down! Straight off the glove. #INDvsENG #rahane

How can you get it so wrong with technology

Dreadful from the third umpire. Why didn't he play that through to answer England's appeal about whether the ball brushed Rahane's glove on the way up? (Which replays showed it did.)