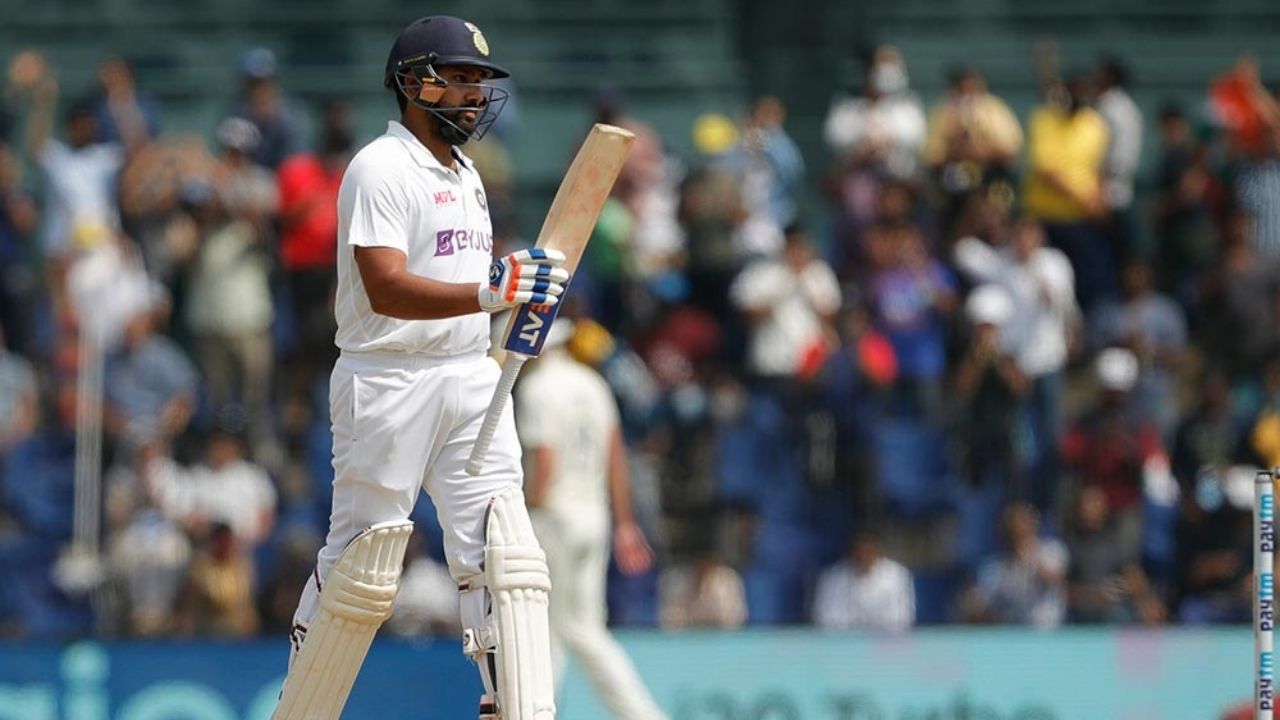 Rohit Sharma has so far been at his absolute best on day 1 of the second Test match at Chennai. On a challenging 22 yards at Chepauk, Rohit has made batting look very easy and scored of his finest Test century under pressure. After failing in the opening Test Rohit looked determine to score valuable runs for team India.

The classy Indian opener played some exquisite shots against both pace and spin. Indian lost the wickets of Cheteshwar Pujara and Virat Kohli but Rohit remained unfazed and notched up his 7th Test match century. His love affair with England continues as he has now scored a hundred against them in all formats.

Rohit Sharma played a chanceless knock and a much-needed one as India needed their star opener to deliver with the bat. Popularly known as the ‘Hitman’ Rohit is currently batting at 132 and will be keen to score a big one in the last session of day 1.

Twitter Salutes Rohit Sharma After He Smashes A Century

Meanwhile, Twitter was buzzing after Rohit silenced his critics and scored a brilliant century. His countless fans on Twitter showered praises on him for anchoring the Indian innings and converting his start into three figures. Rohit was trending on the popular micro-blogging site after he reached his 7th Test match century.

Earlier in the day, India was under pressure straightway as England removed the talented Indian opener, Shubman Gill, for a duck. Then Rohit and Pujara stitched a partnership of over 50 runs and it seemed England will not pick another wicket in the first session. However, England against the run of play dismissed Pujara and then captain Virat Kohli for a duck.

Since then Ajinkya Rahane and Rohit Sharma haven’t allowed England to dictate terms and have put on an unbeaten partnership of more than 100 runs. The duo will be looking to continue their good work in the final session whereas the visitors will be hoping to pick quick wickets.

Also Read: Twitter Stunned After Virat Kohli Gets Out On A Duck In The 2nd Test

Such a special player. Rohit Sharma was just born to bat. His batting today is an illustration.

Not changed my opinion about Rohit Sharma from 3 years ago … https://t.co/ucuKp2oQNz

A hundred in the team total of 147. He’s in a different league. Today’s innings is a validation of the same. This might be the only century in this Test. रो ka form Bharat ke हित mein hai 🥳🤗🤩 #INDvENG

Pure Ton @ImRo45 !! What a player to watch … like all the great sports people … he makes it look so simple & easy which it certainly isn’t !!! #INDvsENG

When he bats like this, there’s no better sight in contemporary cricket. Top class century by #RohitSharma