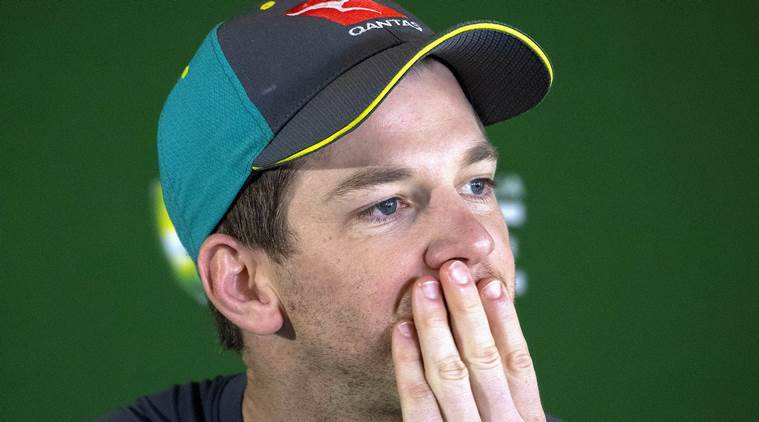 Australia Test skipper Tim Paine lost a Test series at home to India when they travelled down under last year. They lost the series 2-1 despite winning the first Test in Adelaide and bowling India out for 36. India came back from behind to win games in Melbourne and Gabba to win the series. They beat Australia at The Gabba after 31 years and became the first team to do so.

Meanwhile, in a recent interaction with the Australian media, Tim Paine accused the Indian players of some serious charges during the Test series. He said that the Indian players are good at distracting the opposition and getting their job done. Paine’s words came after the Indian players refused to the final test at The Gabba but accepted the move later.

“Part of the challenge of playing against India is they’re very good at niggling you and trying to distract you with stuff that doesn’t really matter and there were times in that series where we fell for that. The classic example was when they said they weren’t going to the Gabba so we didn’t know where we were going. They’re very good at creating these sideshows and we took our eye off the ball” Tim Paine said.

Twitter Tears Into Tim Paine Over His Allegations On Team India

As expected, the comments didn’t go down well with Indian fans. Soon after the interview went viral, ‘Tim Paine’ and ‘Gabba’ trended on Twitter as fans trolled the wicket-keeper for his poor comments.

An excerpt from Tim Paine’s recent interview. Just parking it here. You are entitled to form your own opinions. 😎🙈 pic.twitter.com/Ej1u7RCrlM

Tim Paine was already quiet grumpy post the 2018-19 series and was regularly in interviews talking about revenge and all that stuff and to top it off with his name entering the record books for wrong reasons ( losing at Gabba),it certainly hasn’t been easy for him.

Opposition even complain about pitches, but not once have we seen India complain, be it Kohli or Shastri.

This from Tim Paine seems like a fairly unconvincing explanation for why 🇦🇺 lost another home test series to 🇮🇳: they bamboozled us with distractions!

Also pretty insulting to your own players.

Why can’t you just say 🇮🇳 played better than us and leave it at that? https://t.co/vxVun9eoAn

Tim Paine's popularity fell off a cliff last year. The latest comments are burying the last shred of reputation he has.

Tim Paine has also said that Steve Smith deserves to be recalled as the Test captain of the side with Ashes series coming up. Paine, who has 11 wins and four draws in 23 matches as skipper includes series loss against India and Pakistan.

“I think so. Obviously I don’t make that decision but the time I played with Steve as captain he was excellent. Certainly tactically he is as good as you get,” Paine said.