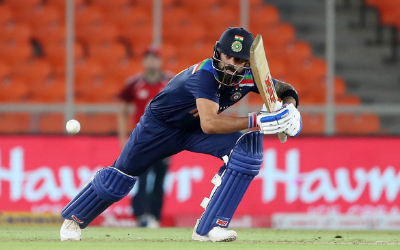 A couple of days after trolling Virat Kohli for his score in the 1st T20I, the Uttarakhand Police has clarified the reason behind putting out such a tweet on the name of Virat Kohli. It all happened when Virat Kohli scored his very first T20I career duck against England when he gifted his wicket to Adil Rashid without even opening his account.

After Virat Kohli was dismissed, Uttarakhand Police took a sly dig at Virat after getting out cheaply. The official account of the Uttarakhand police advised everyone to wear a helmet while driving and added that those who don’t will also score a zero much like Kohli if they don’t pay attention while driving.

This was a bizarre tweet, to say the least as nobody expected Uttarakhand police to make fun of the Indian captain’s failure. The tweet also had mixed reactions as some found it funny and some found it unacceptable. Still, the tweet remained undeleted and it now has over 7.3k likes on the popular micro-blogging website.

Also Read: ‘Rishabh Pant is actually letting me down’, Ravichandran Ashwin On Getting DRS Calls Wrong

Post Virat Kohli’s heroics in the 2nd T20I, Uttarakhand Police sought clarification on their previous tweet regarding Kohli. The recent tweet by Uttarakhand police said that the only intention of the tweet was to spread awareness about safety and that there was no ill intention against Kohli.

Talking about the 3rd T20I, England won the toss and elected to bowl first. Both sides made one change each as Rohit Sharma marked his return in place of the unfortunate Suryakumar Yadav while England brought Mark Wood back in for Tom Curran. India suffered major blows after Eoin Morgan asked India to bat first but skipper Virat Kohli has kept the home side in the hunt with another half-century.