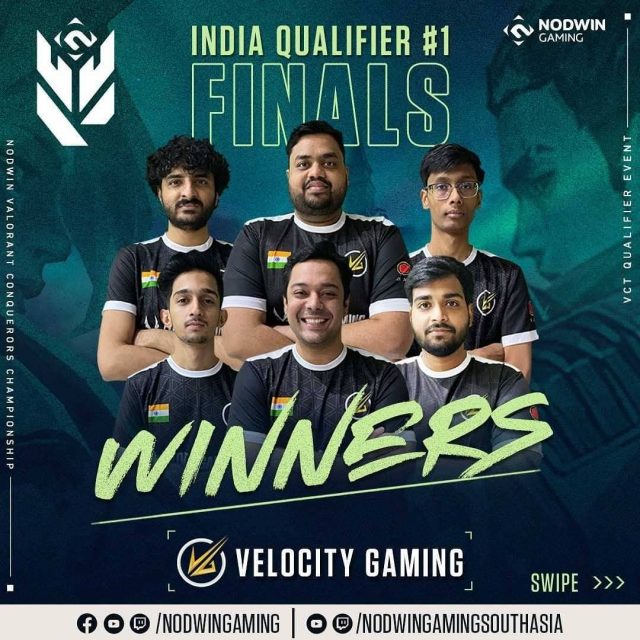 Ever since the ban of PUBG Mobile in India, the esports scenarios of other games like Valorant and free fire started booming. Even though there wasn’t any valorant tournament hosted by Riot games officially last year, this year Riot Games announced their entry into the Indian esports scene with the announcement of the Valorant Conquerors Championship (VCC).

Valorant Conquerors Championship is a Qualifying tournament for the Asia – Pacific last chance qualifiers, which is a part of the 2021 Valorant Champions Tour series. This is the only way in which South Asian teams can qualify for the Valorant Champions tour, which also includes India.

A total of eight slots is allocated for the Valorant Conquerors Championship main event:

Team Velocity Gaming (VLT) won the first India qualifiers by beating Global esports with a score of 3-1. Team Velocity Gaming, previously known as Team Mahi was one of India’s Undefeated Valorant teams. They dominated the entire 2020 valorant esports season by winning all their major tournaments.

Their team consists of:

Global Esports will get to compete one more time in the Qualifiers via the Wildcard round. Qualifying rounds for Nepal and Bhutan will begin once the registration process concludes.

The winner of Valorant Conquerors Championship will win the VCC Champions title along with a lion’s share of the $33,000 US Dollar prize pool.