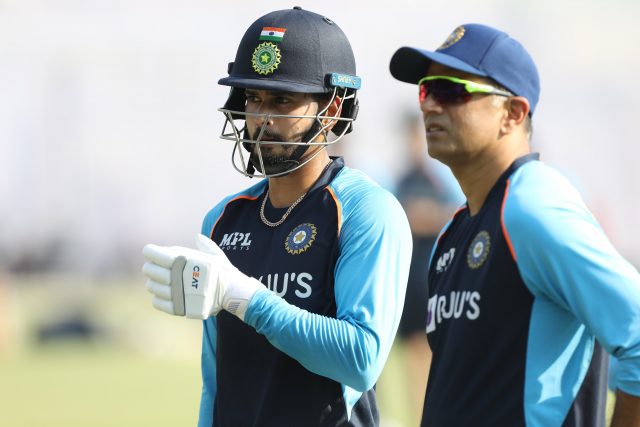 Shreyas Iyer became the 303rd male Indian cricketer to play Test cricket when he was handed over the Test cap by former India captain Sunil Gavaskar at the Green Park in Kanpur. With incumbent skipper Virat Kohli rested, Iyer was handed the debut cap in the first Test against New Zealand.

It was a much-deserved debut for Iyer, who had a long wait of 5 years after his maiden call-up for the Dharamsala Test against Australia in 2017. Reacting to Shreyas Iyer’s inclusion in the playing XI, Delhi Capitals head coach Ricky Ponting took to Twitter to laud the youngster.

“Having seen all the work you’ve put in over the last few years, very well deserved and only the beginning for you mate. Proud of you @ShreyasIyer15,” wrote Ponting.

Having seen all the work you've put in over the last few years, very well deserved and only the beginning for you mate. Proud of you @ShreyasIyer15. https://t.co/Tnb3xZNXhX

Meanwhile, Ricky Ponting has a long association with Shreyas Iyer and has been working with him at Delhi Capitals since 2018. However, it is likely to end soon as reports suggest that the franchise is unlikely to retain the former captain for IPL 2022.

Iyer is one of the most consistent batsmen in domestic cricket and has also captained India A in unofficial Test matches. He has 4591 runs at 52.18. He also has a brilliant strike rate of 81.54. His best score of 202* came against Australia in a tour match in 2017.

Opting to bat first, the host lost Mayank Agarwal early to be at 21/1 before Shubman Gill and Cheteshwar Pujara bailed the side out with a 61-run stand to go to lunch unscathed.

But Kyle Jamieson broke Gill’s defence moments after lunch to dismiss him after a well made 52. Pujara and Ajinkya Rahane also looked in complete control of things before Tim Southee induced an away shot from Pujara, finding the edge in the process.

Rahane also gave away his wicket after doing all the hard work of getting set. With 145/4, a lot depends on how debutant Shreyas Iyer fares as India look to post a daunting total on the scoreboard.