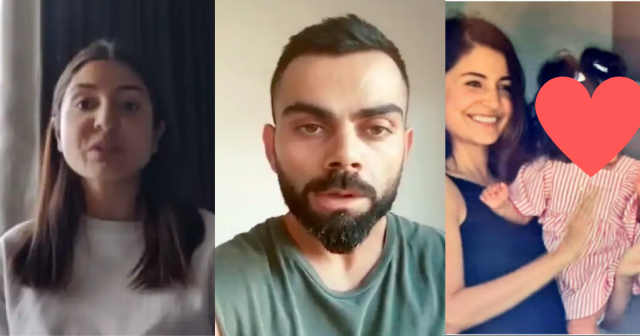 During the third One Day International (ODI) between India and South Africa, the face of Virat Kohli and Anushka Sharma’s daughter, Vamika was revealed by the broadcasters. Anushka was seen in the stands, holding her daughter. Since then the internet has been flooded with pictures and videos of Vamika.

Now Anushka Sharma has reacted to the situation. On her Instagram Stories, the bollywood actress stated that she had no idea that the cameras were focused on her. “We want to inform everyone that we were caught off guard and didn’t know that the camera was on us.”, Anushka said.

Anushka said that she requests the media to not click the pictures of her daughter. “We would really appreciate if Vamika’s images are not clicked/ published for reasons we have explained earlier. Thank you!” Anushka added. Virat shared the same message on his Instagram story as well. 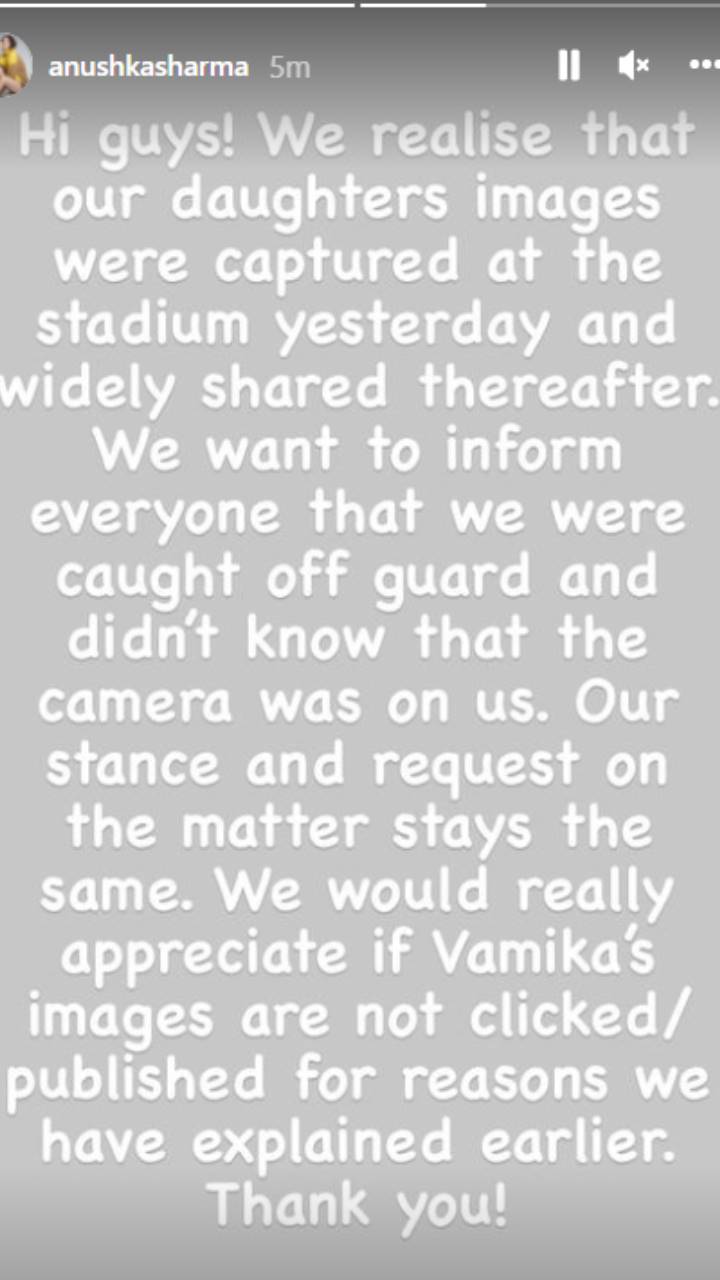 Many times in the recent past, Virat and Anushka have requested the media and fans to refrain from capturing or sharing the images of their daughter. Earlier, Virat had explained why the couple has decided to not reveal the face of their daughter on social media. “We have decided as a couple to not expose our child to social media before she has an understanding of what social media is and can make her own choice” Virat had said. 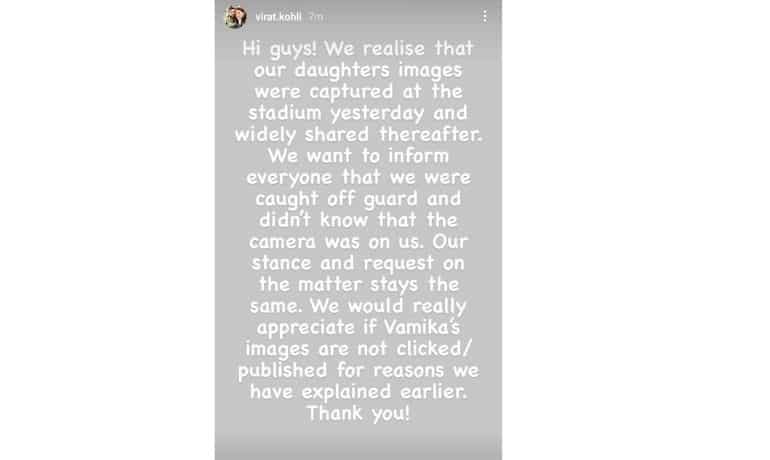 When the Indian cricket team was preparing to leave for South Africa, Virat Kohli was seen requesting the reporters to not take pictures of his daughter. “Baby ka photo mat lena”, Kohli said to the photographers as he exited the team bus.