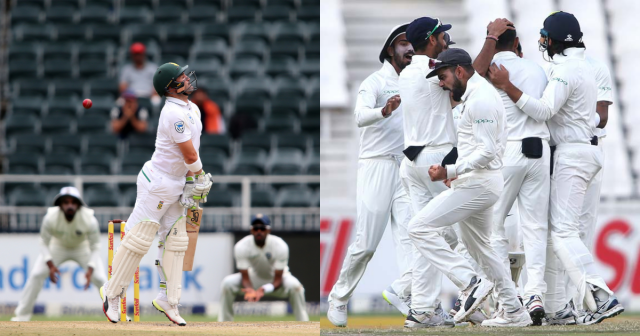 Team India will play the second Test of the Freedom series at Johannesburg against South Africa starting from 3rd January. Virat Kohli’s men would be looking to seal the series at Wanderers after a historic triumph at Centurion Park. If India manages to win the series, it would be their first series win in the Rainbow Nation.

At the Wanderers stadium, India and South Africa have played five Test matches against each other. The Indian team has never lost a game at this stadium. India has won two and drawn three in the 34,000 seater.

Indian won their first-ever Test match on South African soil at the same venue in 2006. The clash between the two sides in 2018 at Wanderers was a close fought one which also Virat Kohli’s side eventually won.

The Indian skipper Virat Kohli has also enjoyed success at this ground. He has played two tests and scored 310 runs at an average of 77.50. Virat is just 7 runs away from becoming the highest run-scorer as a visiting batsman at the Wanderers Stadium, Johannesburg. Currently, New Zealand’s John Reid is ahead of him with 316 runs.

Another senior member of the Indian team, Cheteshwar Pujara also has an average of 57.25 at the Wanderers. Pujara has scored a century and a half-century at the ground.

On the other hand, South Africa’s overall stats at the venue are not very spectacular for a home team. The Proteas have played 42 Tests at this venue, winning 18, losing 13, and drawing 11. So that means, visiting teams have avoided a loss in more than half of the matches played at this stadium.

Looking at the numbers, Wanderers can be considered a fortress away from home for the Indian team and they have the golden opportunity to win a Test series in South Africa.