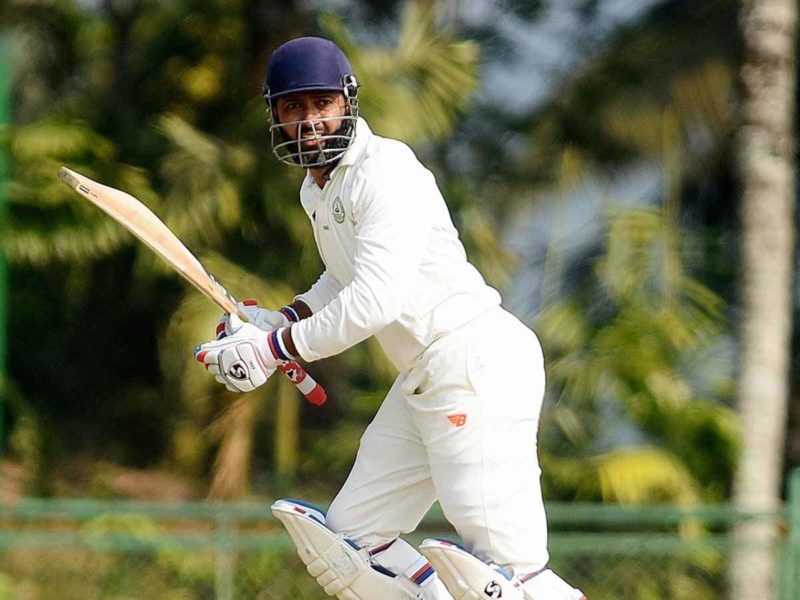 A player born in a humble middle-class Muslim family, an exemplary team man, a batsman with the best cover drive and leg flicks which looks like a master coaching the bowlers. A calm demeanour, a humble background, a 6ft tall humble giant with a cricketing brain & batting technique which can last forever like a rock. Yes, Wasim Jaffer- Many may have heard his name, many may just know it casually that he was an ex-Indian cricketer & many may know him just by the fact that he used to once open for India in Tests.

But the real introduction of this player has hardly been explained by the media in India or overseas. Yes, Wasim Jaffer-the legend which we have rarely appreciated. At the age of 15, Wasim Jaffer scored a 400* and showed his appetite for big runs. Jaffer kept on amassing runs at school level where his mates could not even come close. Yes, he is also the same batsman and in fact, the only batsman in the world who scored a triple century in only his 2nd first-class match.

His hunger to score big, in fact, hunger is not the right word, his passion and skills to score big tons is something not a single player can ever match or has ever reached in 1st class cricket. 91 fifties, 58 hundreds and close to 26,000 runs at an average of 50+, yes you heard it right. These are the statistics which takes him notches ahead of Sachin, Dravid, Ganguly and Gavaskar at the grassroots & state level. In fact, if we talk about comparisons, from the beginning of his childhood to his 1st first-class career till now, there is no player in India who can surpass what he has achieved and that includes even our God Sachin Tendulkar.

Even in the 31 Tests, he played for India, he notched up two double tons out of the five test centuries he scored. Unfortunately, the old world cricket style of Jaffer took time to blend with the super-fast and modern-day cricketers and the cricketing culture which cut his career short. Plus the influx of more dynamic and ‘happening players’ with brown hairs, stylish haircuts, tattoos, aggressive batting, flamboyant attitude who believe in giving back replaced the old school, rock-solid, a technically correct and classy player like Wasim.

We so much wished he was born in the 1950s or ’70s, he could have definitely gone on to play 150+ tests for India with staggering success because that is the era of Cricket which suits his cricket and that is the real cricket at the first place. In a fast-paced world like ours of 21st century, Wasim Jaffer is like those old Parsi bakeries of South Bombay like Leopold, Kyani, Brittania and Merwans which has no place in the era of fast-food chains and big brands. Though there are still people who want to save these bakeries and relieve those priceless memories and joy, but unfortunately there are only a selected few who know the vintage value and importance of such things or else everyone wants is fast food brands just like how Jaffer got replaced with the new crop of fast-paced modern cricketers.

Also despite all that stature, he lives his life humbly, still drives an old black esteem and unlike brands like many former star cricketers who would ask a bomb to make a 2 min appearance, Jaffer rarely asks for money for any appearances, never parties never offers himself for advertisement. Rather he motivates as many people as he can at the local level. His dedication to the game can be seen by the very fact that he still plays local club cricket whenever he gets time to play in the MCA tournaments which inspires youngsters. Last year, Wasim Jaffer played in local tournaments like Times Shield and Police Shield, the kind of tournaments, even a 28yr old who might have played only a handful of IPL or Ranji Games would have an ego to appear in speaks a lot about his respect for the game.

Forget about asking for money, he does his best to sponsor the deserving kids with cricket assistance like kits, coaching and more. Even in his last Ranji season, Jaffer denied taking a single rupee and played without any charges. At the domestic and local level, Jaffer is like a father figure to many, you ask any player on whom they look up to or who is their best role model and you will find at least 6 out of 10 people taking his name unlike Gavaskar, Sachin or some other stars which you might be expecting.

Yes, you were unlucky or let’s say the Indian Cricket was unlucky to see the best version of you at the International level but that hardly takes away the fact that you are an amazing human being and one of the most iconic domestic cricketers of India.

And yaa, there are still people who are dying to survive those old Parsi cafes and bakeries, similarly, there will be a niche crowd, a handful of people who will always know your worth. Your emotional & real cricket brand value is bigger than the commercial brand value of many star cricketers out there.

Wasim Jaffer- The entire Cricfit community salutes your spirit of cricket, Hats off to a wonderful career, wishing you a great life post-retirement.

Some of the highlights of his illustrious career-

– One of the very few batsmen to score a double hundred in West Indies at St. Lucia vs a very good bowling attack.

–  Has scored 2 double centuries for India in Tests

“Normalcy Restored” – Twiteratti Reacts As Virat Kohli Returns To Form With A Fifty...

Why Harshal Patel Didn’t Complete His Quota Of Four Overs vs GT?

“Rinku Singh Is A Player Who KKR Will Invest In”- Brendon...

Why Harshal Patel Didn’t Complete His Quota Of Four Overs vs...