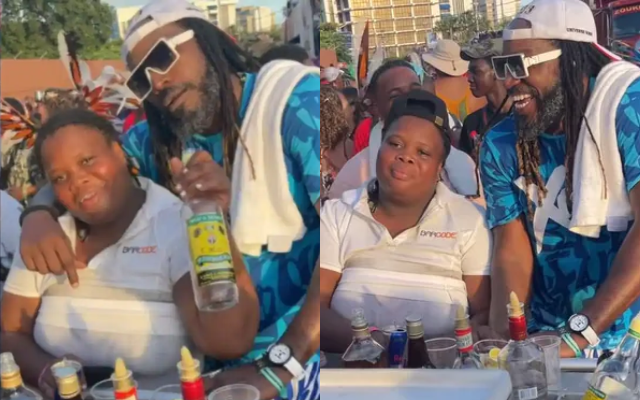 Universe Boss Chris Gayle has posted a video on social media in which he can be seen dancing and celebrating the Jamaican Carnival festival. Gayle is in a very happy mood in the video. Chris Gayle was seen dancing with his female friends during the celebration.

The video of Gayle enjoying the festival has gone viral on social media. Fans can’t stop going crazy over the dashing lifestyle of Chris Gayle. The video has received over 1,25,000 likes. Chris Gayle would now be seen in action in the “6ixty” league. Gayle opted out of CPL 2022.

Chris Gayle said: “I am going for the shorter format this year. I am genuinely excited about the current innovations in the 6ixty and seeing how they play out. In particular, I am looking forward to the mystery team ball and hitting two sixes in the first 12 balls to unlock the third power play over.”

“I haven’t yet announced any retirement”- Chris Gayle

Chris Gayle was last seen in West Indies jersey during the T20 World Cup 2021. Since then, Gayle has been out of the cricketing action. Chris Gayle also opted out of the 2022 season of the Indian Premier league.

After completion of T20 WC 2021, Gayle talked about his future. Gayle said:”I’d love to play one more World Cup. But I don’t think they will allow me. It’s been a phenomenal career. I didn’t announce any retirement but they actually give me one game in Jamaica to go in front of my home crowd, then I can say ‘hey guys, thank you so much.’ Let’s see.”