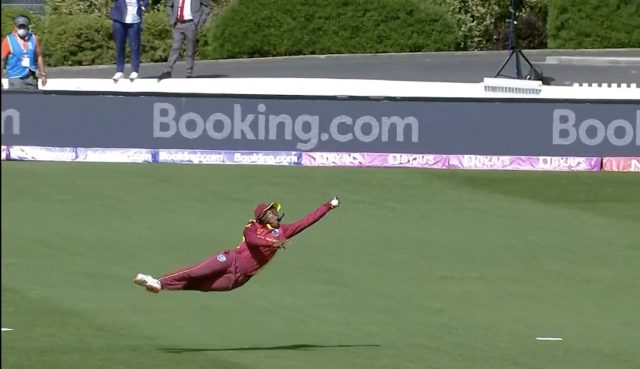 West Indies all-rounder, Deandra Dottin pulled off a blinder on Wednesday against England in the ICC Women’s World Cup 2022. West Indies won the match by 7 runs at University Oval, Dunedin.

Batting in the second innings, England openers were steadily keeping the scoreboard ticking. However, Deandra’s outstanding effort sent Lauren Winfield Hill back to the pavilion. In the ninth over, Winfield Hill tried to cut a short and outside off stump delivery to backward point. However, Dottin dived to her left to pluck an unbelievable catch. Winfield Hill was dismissed for 12 runs, off Shamilia Connell.

Tammy Beaumont led England’s batting as she scored, 46 runs off 76 balls. Daniel Wyatt, Sophia Dunkley, and Sophie Ecclestone too chipped in with the 30s. However, England fell seven runs short of the target as they were bowled out for 218 runs. Shamilia Connell took three wickets and Hayley Matthews and Anisa Mohammed picked two wickets each for West Indies. 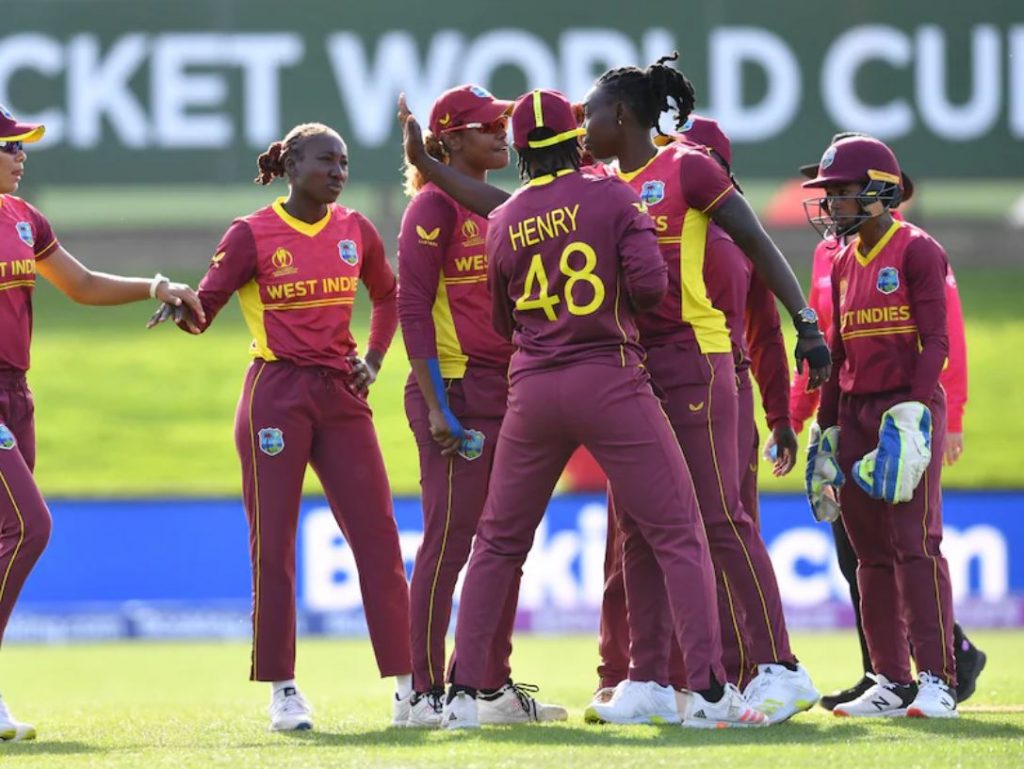 Sophie Ecclestone took three wickets for England in the first innings. Wicket-keeper batter, Shemaine Campbelle won the Player of the Match award for her 66 run knock. West Indies have four points from two matches so far and are second on the points table of the ICC Women’s World Cup 2022.