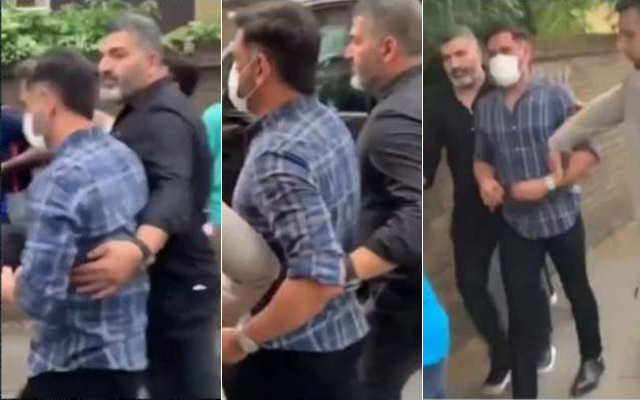 Former India cricketer MS Dhoni’s popularity knows no bounds as he has earned a huge fan following all over the world. He is currently enjoying his time in London with his family and friends, where he was seen being chased by fans for selfies on the street. Dhoni has been in the city for about two weeks now. He recently celebrated his 41st Birthday in the United Kingdom with his family and friends.

Some of MS Dhoni’s fans spotted the wicket-keeper batter on the streets of London, while he was exploring the city. They were excited to see the legendary cricketer and chased him for a selfie. Dhoni was rushing toward his car, guarded by his security personnel. He finally managed to get into his car. The incident was shot on camera and is being widely shared on social media by MS Dhoni’s fan clubs.

. @MSDhoni in the streets of london 🔥🔥pic.twitter.com/aLEurgsClH

MS Dhoni took retirement from international cricket on 15 August a couple of years back. He has scored over seventeen thousand international runs, including sixteen centuries. The wicket-keeper batter has also 829 dismissals to his name across all formats for India. Under his leadership, India won the 2007 T20 World Cup, 2011 ICC World Cup, and the 2013 Champions Trophy. MS Dhoni was last seen in action leading the Chennai Super Kings in the Indian Premier League 2022 season.

MS Dhoni spotted during the first ODI between India and England

Former Indian skipper MS Dhoni was spotted at the Kennington Oval, London during the first ODI between India and England. He was seen posing for a photograph with celebrated actor Saif Ali Khan and former West Indies cricketer Gordon Greenidge in London.

The wicket-keeper batter was also present during the T20I series against England. He was seen chatting with the Indian cricketers after the match. Dhoni also was in attendance at the Wimbledon 2022 enjoying the tennis match with his friends.

MS Dhoni with Gordon Greenidge and Saif Ali Khan in Oval for the first ODI. pic.twitter.com/7mQtjtZU9d