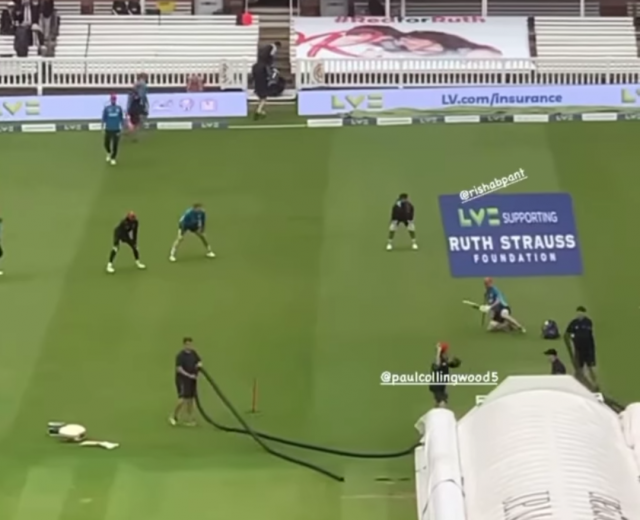 The second test match between England and India is underway at the Lord’s cricket ground. The match is evenly poised with England ending day two on 119 for three down in reply to India’s 364 in the first innings. On social media, a video posted on The Root Academy’s official Instagram account caught everyone’s eye.

Former England cricketer Michael Vaughan shot a video in which the Indian team and the England team were seen practicing together. The commentators were left amused by the bonding between the two teams. Paul Collingwood was giving slip-catching practice to the likes of Rishabh Pant, Jonny Bairstow, and Rory Burns.

England’s veteran pacer James Anderson once again shined with the ball in his hand. He picked up his thirty-first five-wicket haul in Test matches. Anderson dismissed the key Indian batters such as the likes of Rohit Sharma, Cheteshwar Pujara, and Ajinkya Rahane to restrict India to 364.

“There’s something that is an extra bit special about Lord’s, certainly for me. It just seemed to bring the best out of me. The last few times I’ve come here, you kind of think, well, this was my last time playing here so you want it to be a good performance,” Anderson said.

That's Stumps on Day 2⃣ of the second #ENGvIND Test at Lord's!

Joe Root and Jonny Bairstow will resume England’s batting on 119/3 on day three at the Lord’s Cricket Ground.