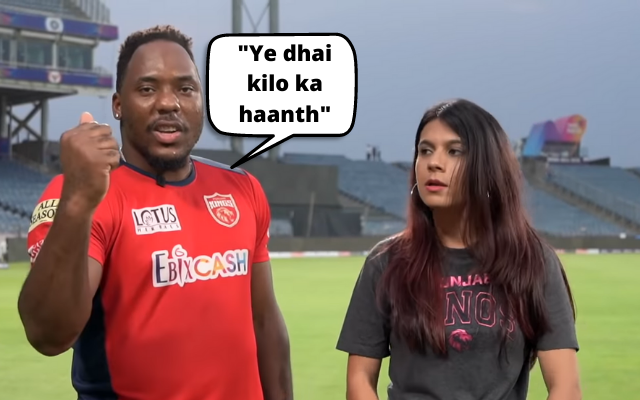 Overseas players and their love for Bollywood is never ending. In previous years we have seen many overseas players imitate famous bollywood lines. Punjab Kings came up with a fun video where they tested the Hindi language skills of their overseas players like Kagiso Rabada, Odean Smith, Daniel Ellis and Benny Howell.

Then it was the turn of Nathan Ellis, Australian pacer who had to speak the iconic dialogue of Shahrukh Khan, “Picture Abhi Baaki Hai Mere Dost.” Ellis confused the superstar with his Punjab Kings teammate Shahrukh Khan.

All of these overseas players, passed the Hindi test with flying colours and the video sent fans into laughing splits.

Punjab Kings to face RCB in their next match

Punjab Kings are having a tough season as they have won only five games out of their 11 matches that they have played. They lost their last game to the high flying Rajasthan Royals and are now in a do or die situation. One more loss, and it might be all over for Mayank Agarwal and his team.

Punjab Kings have a 5 day break and are facing fellow playoff aspirants Royal Challengers Bangalore on Friday, 13th May 2022 in Mumbai.