Australia have managed to remove both the overnight batsmen in the morning session of day three at the Melbourne Cricket Ground. Mitchell Starc came out with intent and targetted Ravindra Jadeja’s bodyline with short-pitch deliveries who holed out to deep mid-wicket in an attempt to release the pressure.

Jadeja and centurion Ajinkya Rahane looked in complete control of the things in the morning session of day three. Australian bowlers were quite predictable with their line and length as Indian batters rotated the strike quite convincingly to keep the scoreboard moving before an error of judgement cost Rahane his wicket.

Soon after Ravindra Jadeja reached his half-century and came out with his famous sword celebration. But soon after, he was challenged by Mitchell Starc with a barrage of bouncers bowling from round the wicket. Jadeja was tested as he let the ball go through before throwing his bat at one which also ended his brilliant knock.

It was a short pitch delivery from Mitchell Starc targetted at the body at a speed of 143.8kmph. Ravindra Jadeja pulls the ball and makes a good connection only to hole out in the deep. It was a premeditated shot it with a big front leg clearance. The southpaw swung across the line, timed it neatly as well for a change, but there’s a deep mid-wicket placed with serious precision, precisely for it.

Pat Cummins juggled it twice before completing the catch but nevertheless, it was a great innings from Jadeja from the context of the game. However, Mitchell Starc looked pumped up as he gave a fiery send off the to the Indian batsman on his way back.

The plan works for Australia as Starc gets Jadeja for a quality 57 #AUSvIND pic.twitter.com/5EJP4TGx3v

Meanwhile, India ended day 2 on a high thanks to a brilliant century from stand-in skipper Ajinkya Rahane. The veteran, who was under some pressure, looked confident and played an innings of the highest order to put his side on top coming from the back of an eight-wicket thumping loss. The visitors will look to keep up the good job as they look to bounce back in the series.

Virat Kohli Named Captain Of The Test Team Of The Decade; One More Indian Included 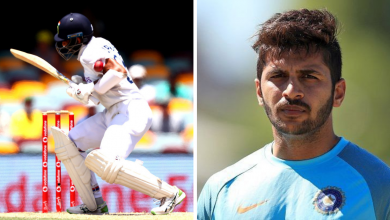 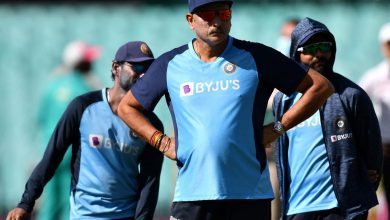