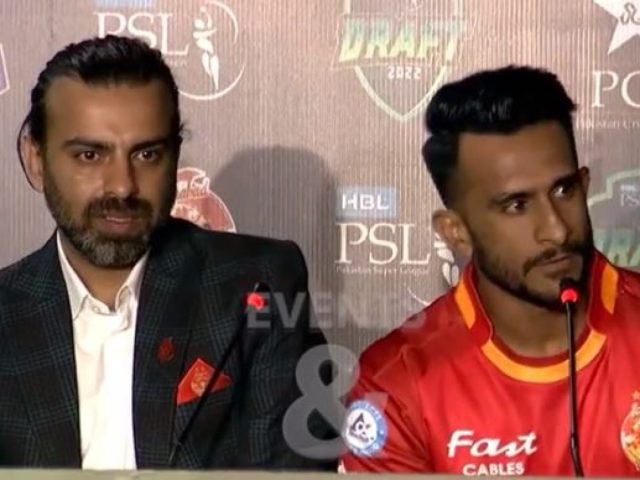 Pakistan pacer Hasan Ali was retained by Islamabad United as he was retained in the Platinum Category in the PSL 2022 draft. Unfortunately, he got into an argument with a journalist in the PSL press conference ahead of the start of the season.

Pakistani pacer Ali was involved in a heated exchange with the reporter during a media interaction following the conclusion of the PSL players’ draft. Ali opted to cut short the question of the journalist before fuming at him during the eventful press conference. The Pakistani pacer was also called out by the reporter when he was snubbed by the Islamabad United superstar. Ali urged the reporter to not get personal with the players during the media interaction.

“First you write good things on Twitter, and then I’ll give answers. Ok? You shouldn’t be personal with anyone. As PCB (Pakistan Cricket Board) can’t stop you (from asking questions), at least we have the right,” the Pakistani pacer said.

The verbal spat between the two has garnered a lot of attention across social media. Hasan was a part of the Pakistan squad that made it to the semi-finals of the T20 World Cup 2021.

Pakistan lost to Australia in the semi-final with Hasan Ali dropping the catch of Australian wicketkeeper-batsman Matthew Wade in the 19th over of their innings. That turned out to be the turning point in the game. Australia in the end won the game and went on to win the T20 World Cup title.

Pakistan fans came down hard on Hasan Ali for his dropping the catch and costing his team a chance to win the World Cup. It was the same anger that he vented out on the journalist who was trying to instigate with the same question.